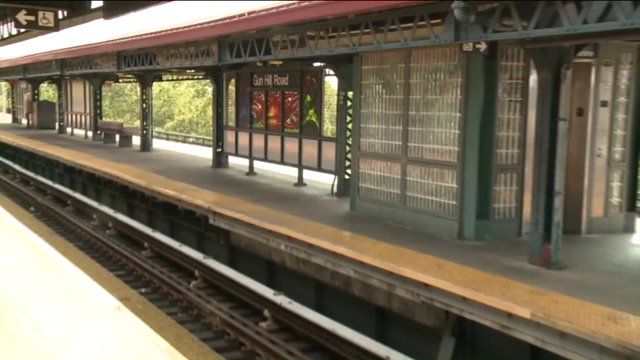 WILLIAMSBRIDGE, The Bronx -- It was a selfless act of heroism by a bystander, who stepped in, literally, when a woman fell onto subway tracks and the electrified third rail next to them.

Despite receiving a shock herself, the good Samaritan proceeded to help, but she says that the story isn't about her bravery. It's instead about a collective act of compassion and assistance by a large group of New Yorkers.

"I saw a woman on the tracks," said Victoria Owusu-Afriyie, 46. "I just wanted to help her."

The victim, Martina Pamplin, 48, had landed partially on the electrified third rail, with the current surging through her.

Owusu-Afriyie, who had been waiting for a train to take her home from her registered nurse job, tried pushing Pamplin away from the electric shock, but the electricity went through Owusu-Afriyie as well.

"It just went right through my body," she told PIX11 News. "I could feel it. It was terrible."

The subway heroine said that she'd felt helpless after she'd gotten shocked. However, her attempt to move Pamplin may have saved the life of the victim by helping to spur fast action by many of the people who'd happened to have been there when Pamplin collapsed from the platform onto the tracks below.

"[Somebody] told them to stop the train," she said in an interview on Wednesday, the day after the on-track emergency.

Somebody on the platform told the stationmaster that the third rail needed to be turned off. It was done immediately, and other bystanders, as well as a police officer who'd responded to the scene, got her out off the tracks and out of the station.

"People were calling 911," Owusu-Afriyie said. "Everybody was doing something to help."

She said that it was evidence that "there's goodness in the world. We countered evil."

Pamplin was transported to Jacobi Medical Center in critical condition, but with the prospect of improving.

"The people told me at Jacobi that she's alive," Owusu-Afriyie said, relieved to have received the news at the same burn center where she was treated for damage caused to her left hand when the electricity had surged through it.

The rescuer was left with pinprick blisters in her fingertips from where the electric current escaped her body. She also has, though, an unforgettable memory of how she was one of many people, she said, who stepped up to help.

"Everybody did their part," Owusu-Afriyie said. "Thank God she's alive."