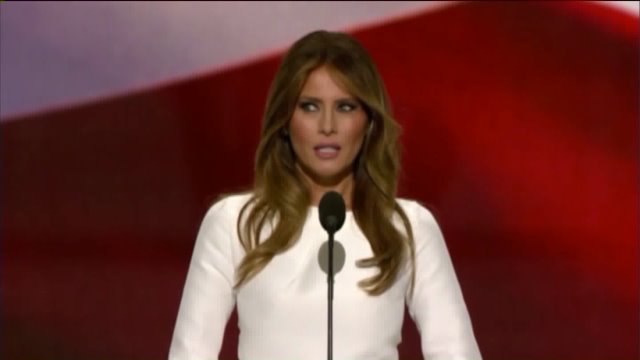 Social media exploded with statements and accusations that the GOP frontrunner's wife had lifted part of First Lady Michelle Obama's speech from her 2008 address at the Democratic National Convention.

Side by side comparisons show that the text of Trump's speech is nearly identical, down to each word, to that of Obama's speech given on the first night of the DNC eight years ago.

Campaign manager Paul Manafort said Melania wouldn't have done such a thing, knowing how important the speech was.

"To think that she would do something like that knowing how scrutinized her speech was going to be last night is just really absurd," Trump's campaign chairman Paul Manafort told CNN's Chris Cuomo on "New Day."

The RNC released an app that features a convention schedule, a map of Cleveland and the convention complex, and an option to watch the convention speakers live. The app is available for both Apple and Android users.