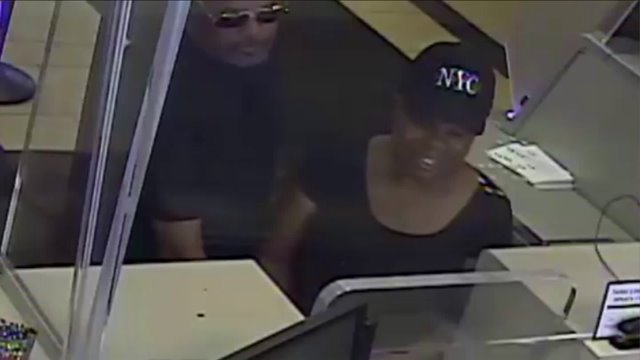 MANHATTAN — Police want to stop "Americas Bandit" in his tracks before he strikes again — and they're now offering a $5,000 reward.

Authorities on Monday released new, clearer video of the armed gunman who has struck six banks starting in September of last year on Sixth Avenue, which is officially known as Avenue of the Americas, thus earning the robber his nickname.

The new surveillance footage also shows a woman helping the suspect with the robberies that happened this month, officials said. The FBI is working with the NYPD on the investigation.

Authorities believe the suspect passed a note to bank tellers to demand money in the robberies in 2015 and displayed a gun in the three robberies this year.

The robberies occurred at the following banks:

The suspect is described as a man in his mid-50s, around 180 pounds and 5 feet, 7 inches tall. Witnesses have described him as bald and wearing glasses and a hat in some of the robberies, officials said. Authorities believe the man is armed and dangerous.

Investigators say the woman may have ties to the Yonkers area.