Slain Dallas officers ‘saved more lives than we will ever know’: President Obama 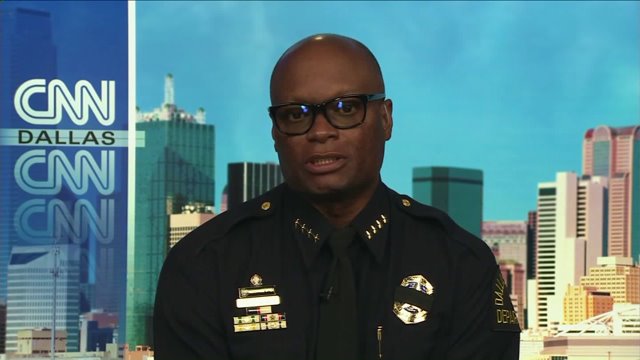 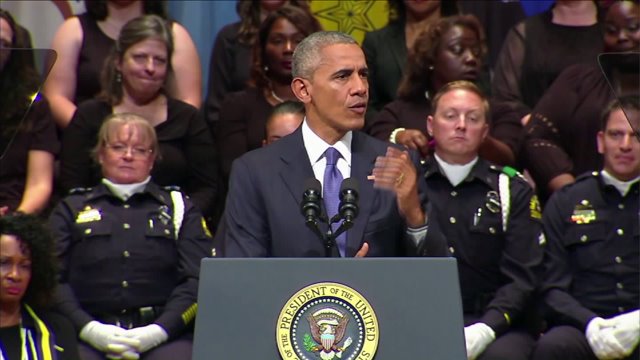 Obama praised police for protecting and serving the people.

"Like police officers across the country, these men and their families shared a commitment to something larger than themselves," the President said. "... The reward comes in knowing that our entire way of life in America depends on the rule of law, that the maintenance of that law is a hard and daily labor, that in this country, we don't have soldiers in the streets or militias setting the rules. Instead, we have public servants, police officers, like the men who were taken away from us."

Police in Dallas "showed incredible restraint" and "saved more lives than we will ever know," Obama said.

"When the bullets started flying, the men and women of the Dallas police, they did not flinch, and they did not act recklessly," he said.

"At times, it seems like the forces pulling us apart are stronger than the forces binding us together. Argument turns too easily into animosity. ... Too often we judge other groups by their worst examples, while judging ourselves by our best intentions," said Bush, who is also a former governor of Texas.

The ceremony was not public, but the memorial was being simulcast at Klyde Warren Park, a short walk from the symphony hall.

In addition to their rare joint appearance, Obama and Bush will also meet with the families of the slain officers. The two men will see the families following the memorial service, Blasquez said.

The interfaith service included a piano performance, the “Star-Spangled Banner” sung by the Dallas Police Choir, and “Battle Hymn of the Republic” performed by both a combined interfaith group and the police choir.

The slain officers were killed Thursday night when a lone gunman ambushed the them near the end of a peaceful march against two recent police shootings of African-American men in Louisiana and Minnesota.

The shooting, which left seven other officers and two civilians injured, was the deadliest for law enforcement since 9/11, and comes after some two years of on-and-off-again protests sparked by cellphone videos capturing black men being killed by officers across the nation.

The killing of the Dallas officers has been condemned by many, including Obama and Rev. Al Sharpton, as a “horrible, despicable” act.