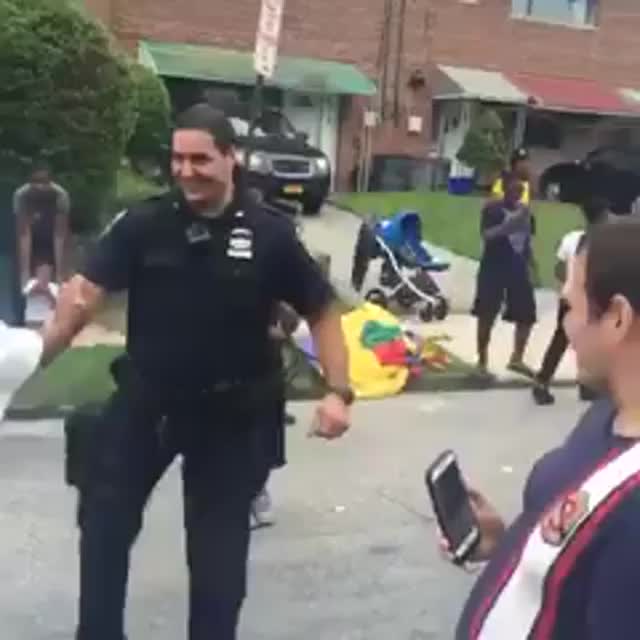 MOUNT VERNON, N.Y. — Police officers in Mount Vernon are bonding with community residents through dance, according to a video posted by city Mayor Richard Thomas on Monday.

An officer was filmed dancing with residents at a pop-up block party, the fourth one the city has had this summer, on Saturday.

A police officer from Mount Vernon danced with community residents in a video posted by the town's mayor July 11, 2016

The community, which has struggled with violence, instituted President Barack Obama's 21st Century Police Model to help build trust between police and area residents, Thomas said. Officers in Mount Vernon try to connect with the community through basketball, music and barbecues. Instead of stop and frisk, officers in the city just north of the Bronx do stop and shake so they can meet community residents.

This has become especially important to Thomas following the shooting of five Dallas police officers on July 7.

"There's definitely heightened urgency to ensure we develop an understanding on both sides of the badge," Thomas said.