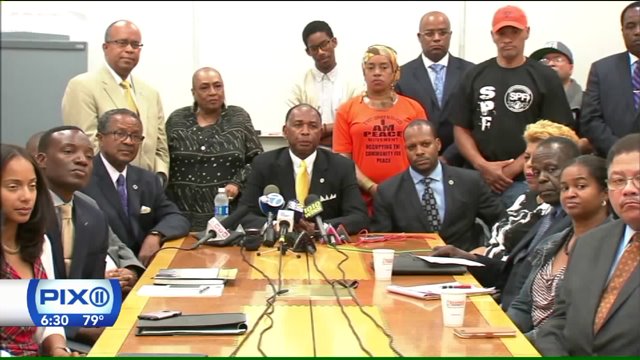 NEW YORK — The group 100 Black Men of New York held what it calls a broad-based emergency summit to address gun violence, equal justice and the recent police shootings in Minnesota, Louisiana and Texas.

During the meeting on Monday at the State Office Building in Harlem, Rev. Jacques DeGraff said, "the crisis has called us together, we are against violence and are outraged."

The group is working on a plan of action and would like Mayor Bill de Blasio and Police Commissioner Bill Bratton to join them in the future for a meeting as well.