Alleged burglar dies after being shot by police in Brooklyn: NYPD 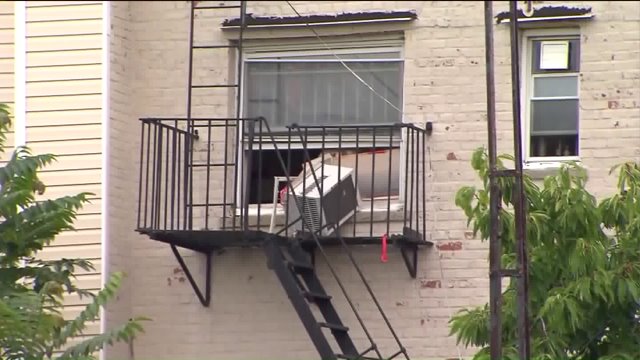 BENSONHURST, Brooklyn — A burglar who was shot by police in Brooklyn has died Monday evening, police said.

The shooting happened around 6:40 p.m.  in front of 2271 78th St., in the Bensonhurst section of the borough. Officers were responding to a burglary in progress at an occupied home when they saw the suspect fleeing the apartment.

The suspected burglar scaled a fence and pointed a revolver at the officers.

He was shot twice and taken to the hospital where he later died.

The circumstances surrounding the shooting were not immediately clear.

The seven adults and infant at the apartment where the burglary was happening were not injured.

Police recovered a gun at the scene.

Gun recovered at scene of police involved shooting within the confines of Brooklyn's @NYPD62Pct pic.twitter.com/9tHNRDtgtE