A detailed history of police assassinations fueled by rage, politics 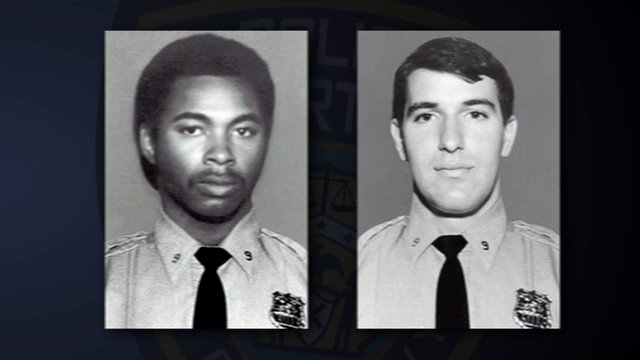 NEW YORK — When two NYPD officers, Rafael Ramos and Wenjian Liu, were nearing the end of their shift on Saturday, December 20, 2014, they didn’t know that death was just around the corner.

A rage-filled gunman had taken a bus from Baltimore, vowing “I’m putting wings on pigs today.”  Shortly before 3 pm that afternoon,  Ismaaiyl Brinsley ambushed the patrol car where Officers Ramos and Liu were sitting, outside a Bedford Stuyvesant housing project.   He killed them both and then fatally shot himself in a nearby subway.

Like the former military man, Micah Johnson-- who assassinated five police officers in Dallas Thursday night, while wounding seven other cops--Brinsley said he was motivated by anger over the killing of black men by white police officers.

In 2014, Brinsley was upset over a Staten Island grand jury’s decision not to indict an NYPD officer in the chokehold-related death of Eric Garner.

Brinsley also made references to the fatal shooting of the unarmed Michael Brown by a white police officer in Ferguson, Missouri.  The cop in that case wasn’t prosecuted either.

But it turned out Brinsley’s targets were not Caucasian.

Liu was a Chinese immigrant, who had just married three months before he was executed.

Ramos was Latino, a husband and father to two sons.

Earlier this year, on January 7, 2016,  an ISIS supporter targeted a Philadelphia police officer, Jesse Hartnett, who was sitting in the driver’s seat of his patrol car.

The gunman fired more than a dozen times, with three bullets hitting Hartnett in the left arm.

Hartnett quickly put out a radio call for help and managed to leave the car and give chase, returning fire and hitting the suspect in the buttocks.

Just two weeks later, another officer in Miami Gardens, Florida was shot in an attempted assassination, but his injuries were non life-threatening.

Many commentators have taken note that the executions of the five, Dallas police officers mark the worst, single-day loss of law enforcement personnel since the 9/11 terror attacks.

Sixty officers from the Port Authority and NYPD were killed on 9/11, among the nearly 3,000 people who perished in New York.

New York City in the 1970’s was a frightening time to be a police officer.  Forty-six NYPD officers were killed in the line of duty during that decade, and several incidents in the early 70’s were targeted executions of two officers at a time, a number of them carried out by radical members of the Black Liberation Army.

Officers Joseph Piagentini and Waverly Jones—a white officer and a black officer—were gunned down by two assailants—ambushed from behind—outside the Colonial Park Houses in Harlem in 1971.

Piagentini’s widow recalled that her husband had begged for his life.

“They emptied their guns and then took his gun,” she told PIX11 during a 2012 interview.

She said of the medical examiners, “They found 22 bullets in him.”

Three members of the Black Liberation Army were convicted of the murders in 1975.

A year after Jones and Piagentini were assassinated, Officers Gregory Foster and Rocco Laurie suffered a similar fate.

The two had fought together as U.S. Marines during the Vietnam War.

They were shot dead after walking out of a diner in the East Village on January 27, 1972.

Several months later, a phony 10-13 call from Mosque # 7 in Harlem brought Patrolman Phillip Cardillo and his colleagues to 116th Street and Lenox Avenue.

No one ever went to prison for the crime.

Forty-one more cops would be killed in the 1980’s.

One of them was an assassination tied to the crack cocaine dynasty ruled by a family in South Jamaica, Queens.

When four suspects were picked up a week later—several of them hiding out in Hollis, Queens—one of the men, Scott Cobb, explained in a video statement why Officer Byrne had been killed.

“We lose one, they lose one,” Scott Cobb told detectives, quoting the jailed Pappy Mason.  “Send a message to them.”