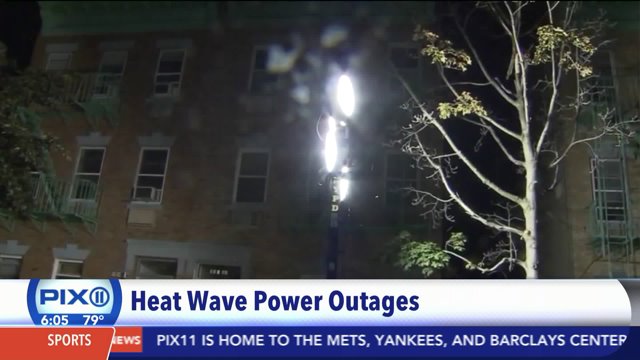 The region is expecting another day of temperatures over 90 degrees and Con Ed is urging customers to reduce power consumption.

The utility said it was investigating what caused the multiple outages, which at its peak affected approximately 700 customers. Most of the outages were in Brooklyn and Queens.

At 44th Street and Broadway in Astoria, Queens, a manhole fire blacked out more than 100 customers overnight. Power was not expected to be restored until late Thursday morning.

When the sun came up, some residents moved outside to get fresh air. They said the stifling heat inside made it hard to sleep.

The city's cooling centers are open again Thursday for people needing relief from the heat.

Cooling centers can be located by calling 311 or by visiting this link.