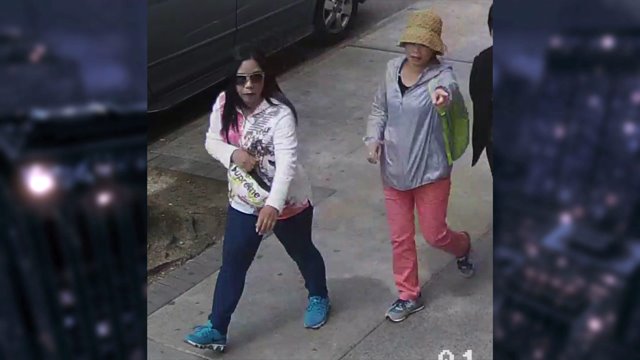 NEW YORK -- NYPD officers are looking for five women accused of approaching unsuspecting victims, claiming to cure a curse on their families -- but then scamming them out of thousands of dollars.

The robberies, which are happening across Manhattan, Brooklyn and Queens started back in April, police say.

Police say the victims are approached by three of the five women who state that the victim's families have been cursed.

The victims are then instructed to bring all of their jewelry and money in a bag to the women who will perform a blessing ritual to reverse the curse.

Only once the bag is returned to the victims do they discover that their money and valuables have been replaced by bottles of water.

The public can also submit their tips by logging onto the Crime stoppers website at WWW.NYPDCRIMESTOPPERS.COM or by texting their tips to 274637 (CRIMES) then enter TIP577.

(Surveillance photos released by the NYPD)