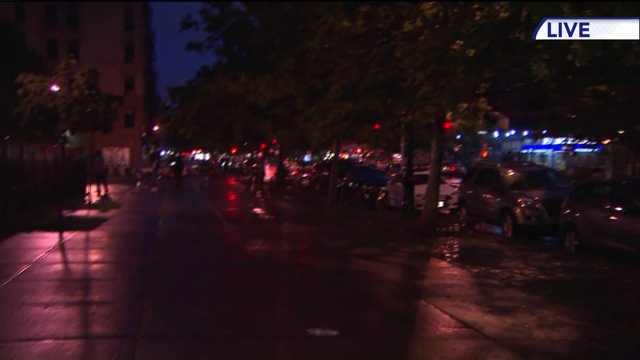 HARLEM, Manhattan – A woman is dead following a double stabbing inside Harlem apartment early Tuesday, police said. The victim's daughter was also injured in the attack.

Upon arrival, they found two women, ages 38 and 21, with stab wounds to the torso of the hallway of the apartment. EMS took both to an area hospital, where the older victim was pronounced dead.

The daughter is in stable condition.

Police identified the deceased as Michelle Kenny of the Bronx.

Police said the stabbing occurred during a dispute with a neighbor.

The NYPD said they're looking for a suspect but have not released any description at this time.