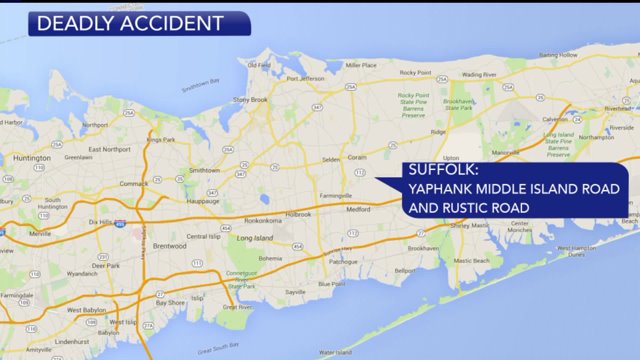 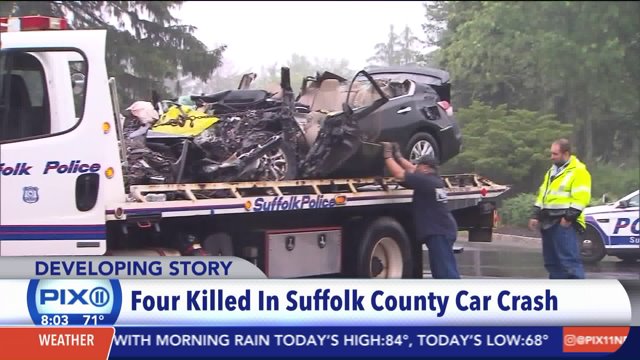 YAPHANK, N.Y. – Four people were killed and two survived, including a baby, after a violent head-on crash, police confirmed Tuesday.

An investigation found that a light blue pick-up truck traveling southbound on Yaphank Middle Island when the driver lost control and went into the northbound lane, striking a black Nissan Altima, police said.

The driver of the pick-up truck and three occupants of the second car are dead, according to authorities. A fourth passenger and baby in the car survived the collision.

The adult was taken to Brookhaven Hospital in serious condition. Meanwhile, the infant has no injuries and was taken to Stonybrook University Hospital.