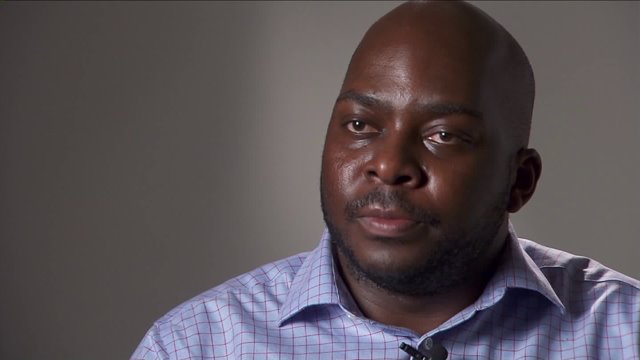 NEW YORK — For many returning veterans, getting a college education is a priority.  But paying for it isn’t always easy.

That’s why PIX11 has partnered with the Veterans Education Challenge (VEC).   It’s an organization dedicated to sending U.S. military vets to college, and provides them with needed scholarships that the GI Bill does not cover.

VEC founders, Avis and Bruce Richards, started the “Veterans Education $1 Million Matching Challenge” to help fund higher education for returning veterans.  Every dollar donated between Veterans Day 2015 and Veterans Day 2016 will be matched dollar-for-dollar by the Richards up to one million dollars.

We share the story of U.S. Navy Veteran Raphael Harry who got high marks for his military service before pursuing a college degree.

His friends didn’t think he’d make it in the military. In fact they even laughed at him. But Raphael Harry proved them all wrong.

Soon after joining the U.S. Navy in 2008, the logistics specialist from Nigeria caught the attention of his boss.

“One day I came to work and my boss just told me, ‘you’re going to take charge,’ and I was put in charge of the people in the Navy longer than myself, and with time I got to realize somebody sees something in me, and is encouraging me.”

He spent the last 16 months of his active duty in Bahrain, where members of the now famous Seal Team Six trained for their mission to capture Osama Bin Laden.

“It kind of made me feel special,“ Harry said. We all knew somehow we all contributed to assisting them.”

After proudly completing his service in 2012, Raphael struggled to find his place in civilian life.

“Unfortunately, it didn’t work out as I had planned.  I ended up losing all my savings.  I was at my lowest then.  I was on my own, no support,” he said.

Fortunately a friend steered him to vet friendly Pace University in Manhattan.  Taking advantage of being 100 percent covered by the post 9/11 GI Bill, Raphael, now 34, pursued a BA in business administration. He graduated in May.

“Pace has helped me with networking, has been able to expand my opportunities I see myself as qualified for,” Harry said.

But the financial struggle continues for many vets going to college. There are gaps in the GI Bill that vary from individual to individual, from school to school.

That’s why supporting the Veterans Education Challenge is so important.