Construction freeze in New Jersey could impact thousands of jobs 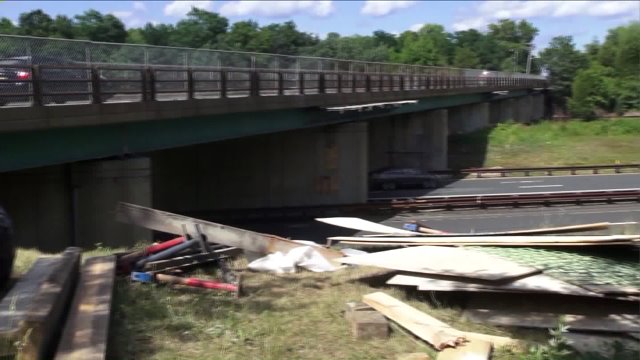 As of Tuesday afternoon, no progress has been announced that would indicate a deal reached in Trenton.

A political battle has erupted into an order by Governor Chris Christie to halt work across the state, if the project is funded by New Jersey’s Transportation Trust Fund.

The fund hasn’t seen a fresh stream of revenue since 1990.

It’s insolvent and due to run out of cash in August.

The State Assembly voted last Tuesday to raise the New Jersey gas tax by 23 cents, but the State Senate left without voting on it. The uncertainty has left thousands of road, bridge and rail construction workers hanging in the balance.

“The feeling around the union halls is anxiety right now. People are scared and wondering if they're gonna have a job. They fear that call coming in that says, don’t show up to work today,” said Rob Lewandowski, a spokesman for N.J. Laborers Union.

What makes matters worse is that this is peak construction season.

“It’s July 5. This is construction season,” said Lewandowski, “you cant do asphalt in 40 degree weather.”

The state was due to put out a list Tuesday of all projects that will freeze, unless lawmakers can reach a compromise.

Anyone who uses New Jersey roads, rails and bridges may see or feel the effects.

Deteriorating bridges, rails and roadways, neglected for years, will continue to crumble.

The state’s infrastructure gets a D rating. Until investments are made, potholes will grow and roads will go unpaved.

Train riders may see delays due to a lack of updates. And bridges deemed structurally deficient, will have to forego maintenance.

“Its about our quality of life and delays and being stuck on trains instead of at home at the dinner table,” added Lewandowski.

Gov. Christie is putting pressure on the State Senate to raise the gas tax.

The Senate is not scheduled to meet again until July 11th.