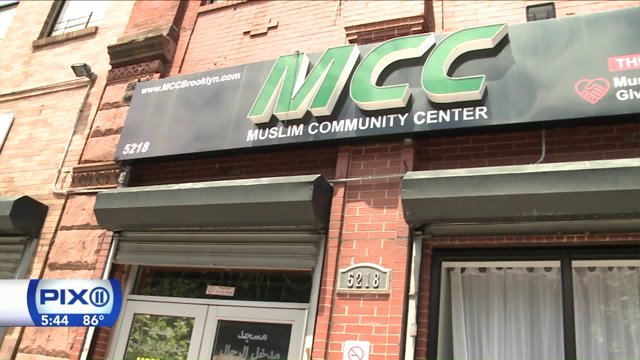 SUNSET PARK, Brooklyn -- A Facebook post depicting two Muslim teens badly bruised and battered right outside of the Muslim Community Center they attend with their families during the month of Ramadan, is continuing to go viral.

The community in Sunset Park now urging the NYPD to classify what happened to them as a hate crime.

“I couldn’t believe that happened right outside of our mosque while we were all inside,” said Muslim Community Center leader, Mohamed Bahi.

Bahi knows the teens well and saw them moments after the attack. One of the victims clearly heard him saying “terrorist.”

The NYPD, however, said their investigation found the teens were allegedly harassing and grabbing at the door of this car. The woman inside told police she felt threatened, her boyfriend is the one who reacted with a violent beat down.

Bahi says the teens believed they saw something strange in the car and were merely peering inside. Regardless, CAIR-NY and those who know the young teens say nothing they did should have warranted these horrible injuries.

As for the question surrounding is this or isn’t this a biased attack?

The NYPD said their investigation found so far the attack was motivated by the actions of the teens and for it to be classified as a biased crime, the attack would have had to have been sparked by the teen’s sex, race or religion.

At this point, while this is still an open investigation no evidence for that point has been brought to their attention.

Police say they also know who the suspect is, but so far he has not been arrested.

Since the attack the 72nd Precinct has placed an officer in front of the mosque for security and while mosque leaders are thankful, they say that is security they requested a month ago. If they received it, they believe this attack would have been avoided altogether.