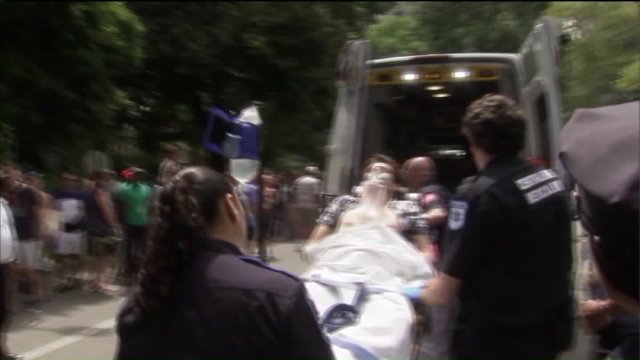 CENTRAL PARK -- New York City police say a forensic examination is being conducted to identify the explosive compound that blew up in Central Park, injuring a 19-year-old who stepped on it.

Torre said Monday that the explosive compound was in a plastic bag and was likely made by an "explosive hobbyist" with basic knowledge of chemistry. He says it didn't appear to be designed to hurt people.

Police had likened the compound to a homemade firework.

The man was walking in the park with two friends Sunday when he stepped on a rock covering the explosive. His left foot was seriously injured and he was to undergo surgery at a hospital.