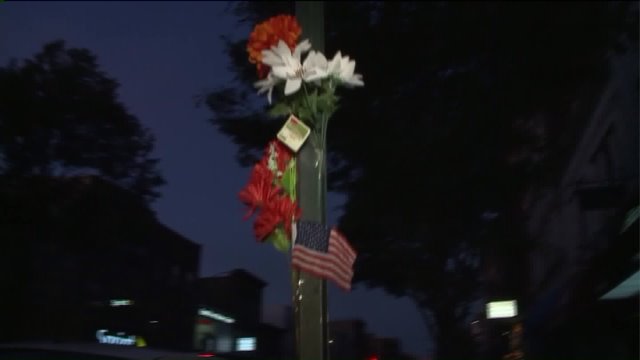 WILLIAMSBURG, Brooklyn — Authorities have identified the bicyclist killed in what police believe was an intentional hit-and-run in Williamsburg, and released photos Sunday of the car involved in the fatal encounter.

Investigators believe the driver pulled alongside Van Ohlen, slowed down and moved the car partially into the bike lane, where the victim was riding, the source said.

The driver then hit Van Ohlen’s rear tire and as the victim fell off his bike, the driver slammed into him again, running over him and dragging him about 20 to 30 feet.

The driver then sped off, heading east on Grand Street.

A witness called 911 and when offers arrived, they found Van Ohlen lying in the street with “severe trauma” to his body, police said. Van Ohlen was taken to a hospital where he was pronounced dead.

Anyone with information in the case is urged to call NYPD’s anonymous Crime Stoppers hotline at 1-800-577-TIPS, or for Spanish 1-888-57-PISTA.