Explosive that injured man in Central Park not terrorism, likely ‘an experiment’: NYPD 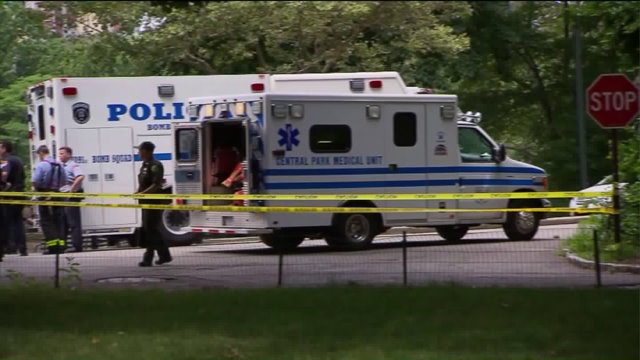 CENTRAL PARK, Manhattan — Police say they do not suspect terrorism in the small explosion that caused a tourist to lose his foot in Central Park Sunday.

It was shortly before 11 a.m. when authorities received a call about a possible explosion in the park, at Fifth Avenue and 60th Street, FDNY said.

Three tourists — ages 18, 18 and 20 — jumped off of a rock in the park and one of them landed on an object which then exploded.

That teen lost his left foot in the blast and was taken to a hospital, police said. No other injuries were reported.

Police believe the explosion was caused by a homemade firework experiment that contained explosive materials.

They believe the experiment had been there for more than a day and had been built by someone who had a knowledge of chemistry.

Police said the trio told them they did not bring fireworks into the park. The FBI and a bomb squad responded to the scene and police are investigating.

The holiday weekend undoubtedly drew crowds to the park and the blast happening during an especially busy time. Dozens of witnesses reported hearing a loud boom near the scene.