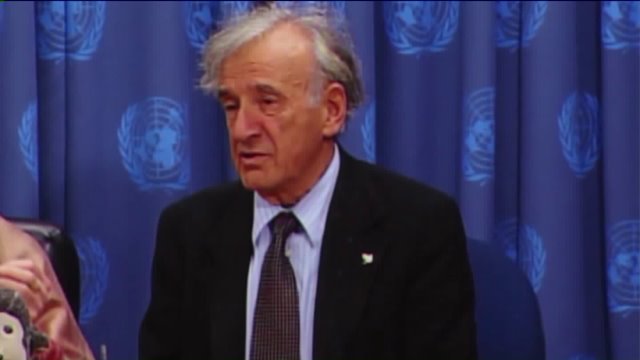 Wiesel was born in 1928 in Sighet, Transylvania, now known as Romania.

The Wiesel family was sent to Auschwitz concentration camp in 1944 when Elie was 15.

His father died at Buchenwald. His mother and youngest sister died at Auschwitz.

The teenager and his two older sisters survived.

When Buchenwald was liberated in 1945, Wiesel and the other orphans were moved to France.

He wrote extensively about his experience in Nazi concentration camps in his first book "Night" which was published in 1955.

Wiesel was awarded the Nobel Peace Prize in 1986.

The next year, he established The Elie Wiesel Foundation for Humanity.

He was also known for tracking down war criminals from Nazi Germany following the war.

Rest in peace Elie Wiesel. Thank you for your stories of triumph of the human spirit in the face of evil. The world will never be the same.

Wiesel is survived by his wife Marion and son Shlomo.