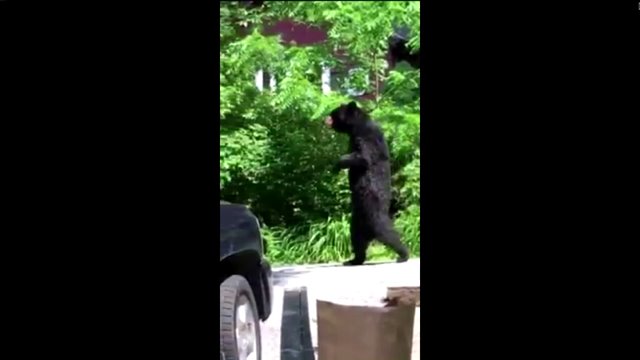 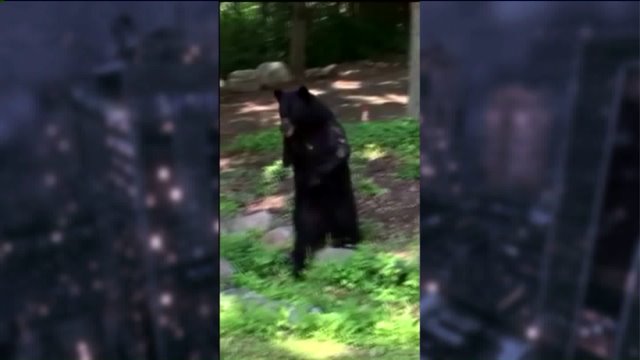 OAK RIDGE, N.J. — A New Jersey black bear nicknamed "Pedals" because he walks upright on his two hind legs has emerged months after his last sighting.

NJ.com reports that the bipedal bear, who has become a social media darling, was spotted recently in the town of Oak Ridge. Video shows that the bear appears to be in relatively good health and is moving briskly.

Officials say Pedals has an injured leg or paw that doesn't allow him to walk comfortably on all fours.

"He really does look like a human in a bear costume," Rich Tucker, who lives in Old Woodland Trail said.

The bear first gained fame after he was spotted ambling around neighborhoods last December -- specifically in West Milford.

Last year, there was an outcry for the bear to be transferred to the Orphaned Wildlife Center in Otisville, New York. The sanctuary and rehab facility with experience in caring for black bears offered to build an enclosure designed specifically for the bear's needs.

A GoFundMe page raised nearly $23,000 to relocate Pedals, but it was not meant to be.

The Division of Fish and Wildlife refused to permit the black bear to be captured and transferred to the facility. At the time, State Environmental Protection Department spokesman Lawrence Hajna said the black bear would do better in his natural habitat.

Hajna said the bear not only made it through last winter, but "we expect him to make it through this winter. The bear has an indomitable spirit."

"I am glad he is staying here," neighbor Lisa DeBruno said.