Only no-kill shelter in the Bronx at risk of closing 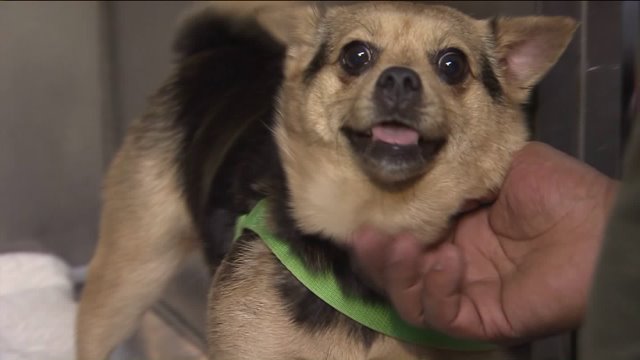 THE BRONX — The only no-kill shelter in the Bronx is in danger of closing.

New Beginning Animal Rescue told PIX11 News they are in desperate need of money to keep the lights on, feed the animals and pay rent.

"We need about an extra $50,000 to be fine, to be ok," shelter volunteer Danielle Benbrahim said.

Pedro Rosario opened the non-profit shelter in 2010 after he worked at Animal Care Centers. He said it would break his heart to see the animals euthanized.

"It's devastating that you see so many animals that could be medicated within a couple of weeks and go into adoption," Rosario said.

And while $50,000 would help, it would keep the Westchester Square shelter open for only eight more months. A long term solution is needed.

"The Bronx, we don't get anything. I think, you know, we're asking for just a little bit of help," Rosario said.

New Beginning has asked New York City for financial help, but the city has said no. A spokesman from the mayor's office said New Beginning Animal Rescue is not licensed for adoptions and the city works with Animal Care Centers.

Volunteer Danielle Benbrahim said they will continue to fight to stay open.

"Whatever Pedro and I can do to keep this place open, we will," she said. "We don't want them to die."

New Beginning Animal Rescue planned a rally at Gracie Mansion for Tuesday night.  But even if the city won't help fund this shelter, they hope New Yorkers will. The shelter has a fundraising page, here.