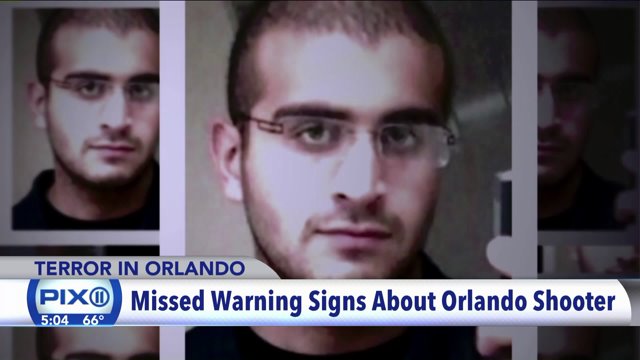 The Orlando shooter and his wife exchanged text messages during the Pulse nightclub rampage, a law enforcement official briefed on the investigation told CNN.

Around 4 a.m. on June 12, about two hours after he started the attack and while holed up in a bathroom, Omar Mateen texted his wife, Noor Salman, asking if she'd seen the news, the official said.

At one point, she responded with a text saying that she loved him. Salman also tried calling her husband several times during the standoff, a second law enforcement official said.

The timing of her calls came after reports of the attack had emerged, and apparently after she realized her husband might be responsible. He didn't answer, the official said.

Salman is coming under increasing scrutiny as police investigate the killing of 49 people and wounding of at least 50 at the gay nightclub in Orlando. Authorities say Mateen carried out the killing with a Sig Sauer MCX semi-automatic assault-style rifle and a pistol.

Salman apparently gave conflicting accounts about what she knew of Mateen's intentions in the hours before the attack. authorities said. She also told investigators that in the weeks before the attack, Mateen spent thousands of dollars, including for the guns used in the attack.

Mateen and Salman married in 2011. They have a 3-year-old son and lived in Fort Pierce, about two hours from the massacre.

A U.S. attorney plans to bring evidence before a federal grand jury to determine whether charges will be filed, two law enforcement officials said.

Mateen also vented on Facebook before and during the massacre.

"America and Russia stop bombing the Islamic state," the gunman wrote, according to the chairman of the Senate Committee on Homeland Security and Governmental Affairs.

"You kill innocent women and children by doing us airstrikes ... now taste the Islamic state vengeance."

Then, in his final post, an ominous warning: ''In the next few days you will see attacks from the Islamic state in the usa."

The messages were described in a letter from committee Chairman Ron Johnson to Mark Zuckerberg, asking the Facebook CEO to provide "all Facebook data on Mr. Mateen's activities on his account and any affiliated Facebook accounts."

It's not the only time Mateen invoked ISIS during his rampage early Sunday. In the middle of killing 49 people, Mateen also called 911 to pledge allegiance to the terror group and CNN affiliate News 13 to say, "I did it for ISIS. I did it for the Islamic State."

And an analysis of Mateen's electronic devices showed searches for jihadist propaganda, including videos of ISIS beheadings, an official said.

The owner of a Florida gun store said Thursday that employees contacted the FBI four or five weeks ago because they became suspicious when Mateen tried to purchase body armor and a large amount of ammunition.

Robert Abell of Lotus Gunworks in Jensen Beach said a man asked for soft and then hardened body armor but was told the store didn't carry that merchandise.

During his visit, the man spoke on the phone to somebody in a foreign language and asked to buy 1,000 rounds of ammunition -- a request the store turned down, Abell said.

The store called the FBI with the suspicions, Abell said, but didn't know the man's name.

Agents originally looked into a call from the store about a group of suspicious foreign men appearing to be of Middle Eastern descent, who were buying police gear.

The FBI tracked down the men, who were visiting government security officers from a Middle Eastern country. The purchase was not deemed suspicious, the sources said.

When the FBI closed the matter with the store, an employee mentioned another unidentified suspicious man who days before had tried to buy Level 3 body armor.

There was no name or any purchase record to review. The FBI asked the person at the store if there was surveillance footage or a car description or license plate. There wasn't.

After the shooting, store employees realized the man was Mateen, Abell said.

The FBI had no official comment on the matter when reached Thursday night.

Spokesmen for the Florida Department of Law Enforcement and the Martin County Sheriff's Office said the agencies don't have any records of receiving calls from Lotus Gunworks.

Despite mounting pledges of allegiance to ISIS, some say they believe Mateen was actually fueled by struggles with his sexuality -- and may have latched on to ISIS as a vehicle for his anger.

Several regulars at the gay nightclub said the gunman visited frequently over the past few years. Cord Cedeno said Mateen saw him at Pulse and messaged him on Grindr, a gay dating app.

Cedeno said he wasn't interested in Mateen, but his friend was.

"One of my friends ... has been speaking with him since 2007, on and off," on another gay dating app, Cedeno said.

"(Mateen) sent him a picture of his private part, and my friend actually was attracted to him. He almost went and hooked up with him."

FBI agents are interviewing people who claim they met the gunman on gay dating apps, a law enforcement official said. Those claims "certainly change the perspective," the source said.

"I'm not a psychiatrist, but the struggle with his humanity, his sexuality, combined with the potential for putting the onus on an organization that's asking people to do this -- asking extremists to do these kinds of things -- is an interesting dynamic," he said.

"And that's the thing that makes this case so extremely difficult."

The gunman's ex-wife, Sitora Yusufiy, said she was not sure about his sexuality.

But the gunman's father, Seddique Mateen, has said he didn't think his son was gay. He emphasized that Mateen had a wife and child.

Throughout Orlando, survivors mourned the dead and recalled their experience.

Miguel Leiva shot cell phone video while huddled inside a bathroom with about 16 other people, he told CNN's Anderson Cooper on Thursday night.

The video showed people passing a cup of water around. One man was choking on his own blood, Leiva said. They whispered because they feared the gunman, who twice came back and fired his weapon, would return.

"I just remember you can smell the blood, there was so much blood," Leiva said. "All my clothes was full of blood. We were sitting down and there was a huge puddle of blood."

Only five or six people made it out alive, he said. Leiva was shot in the foot and leg.

"So many innocent people just there to have a good time."