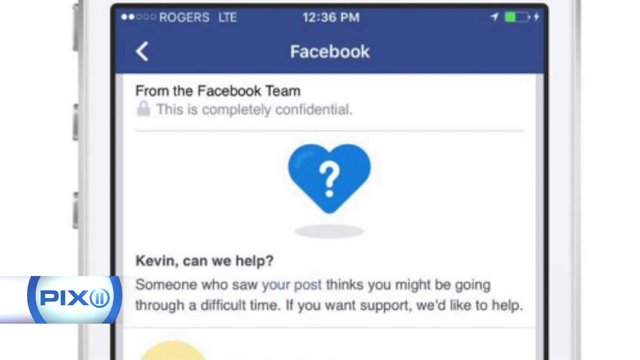 Saving someone's life with the click of a button is the goal for Facebook, which rolled out new suicide prevention tools and made them available worldwide.

In the U.S., suicide rates are at their highest in three decades.

Facebook users can soon use a drop-down menu to flag a friend's post they deem to have suicidal language. Facebook will then give them several options, including a list of resources, which can be shared anonymously, or a message of support in which Facebook suggests the wording.

If their status is reported, the user receives a confidential message saying, "Someone who saw your post thinks you might be going through a difficult time. If you want support, we’d like to help."

Facebook said in its announcement that it has teams working around the world and around the clock review the reports that come in and prioritize the most serious reports, like self-injury.

The tool was developed in collaboration with mental health organizations Forefront, Lifeline and Save.org.