Legal steps to protect yourself from domestic violence 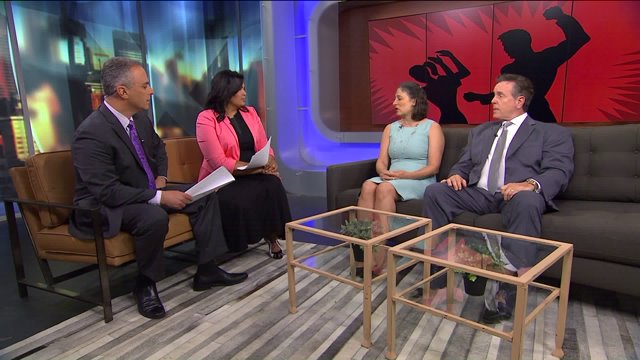 Leaving an abusive relationship is easier said than done.

Statistics show that women are 70 times more likely to be killed in the two weeks after leaving an abusive relationship than during the relationship.

That appears to be the case for 23-year-old Michelle Marks who was shot in the head as she was leaving work Monday night. Cops are questioning her ex-boyfriend who is the main suspect in the killing.

Michelle filed not one but two harassment complaints against her ex.

Former NYPD detective Patrick Brosnan and the executive director of the advocacy group, Day One, Stephanie Nilva, who is also an attorney, talk about what steps can people in abusive relationships take to protect themselves.