It’s a ‘G’ Thing: Local nonprofit, A Free Bird, helps inspire and empower kids with cancer through the arts 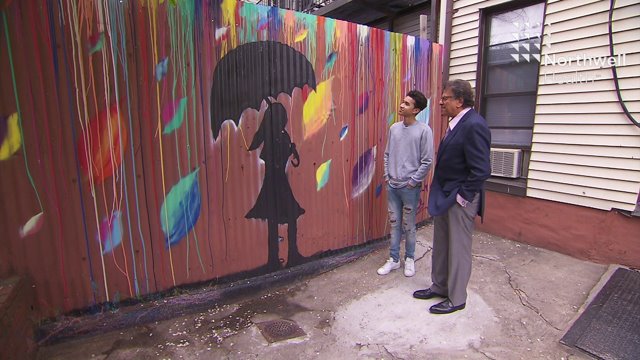 In this week`s It`s a "G" Thing, Mr. G shares how the local nonprofit, A Free Bird, is helping kids with cancer embrace the world of the arts

“Sports was the love of my life," Ryan Reyes said.

Ryan Reyes was your average 13-year-old boy, who loved playing baseball and basketball. Until one day, his life took a disastrous turn.

“I started to get a little sick, constant fevers," he remembered.

“I remember the doctor saying, you have cancer, and you’re gonna fight it," he said.

Ryan fought hard with his family by his side through six months of chemotherapy.

“In the beginning I can tell you that I lost faith, I thought it was over," Reyes said.

But then he discovered a new passion that gave him much needed motivation.

“I found that when I drew, I found another world, I lost thought of that I was sick," he explained.

From self portraits to landscapes, he was hooked. But, it was when he discovered the nonprofit, A Free Bird, that he began to soar.

“A Free Bird has been in existence since 2008,” Godni Amir, founder and president, said. “We work with kids from ages four-18, and we inspire them to get into the world of arts."

They work with kids battling cancer, enlightening them through museum visits and one-on-one tutoring lessons.

“Every Saturday she came here to the house and she helped me with the ideas," he said.

And to celebrate all his hard work, Ryan got the chance to exhibit multiple pieces at a Chelsea art gallery, thanks to A Free Bird.

“I sold two paintings of mine, I felt like a true artist at the time, it was amazing," Reyes smiled.

Ryan, now 17, still has a lot he wants to achieve, in art and life. But, at least now, he's doing it cancer free.

“I feel like if you find something to do that clears your mind and that you like, you should just do it," he said.