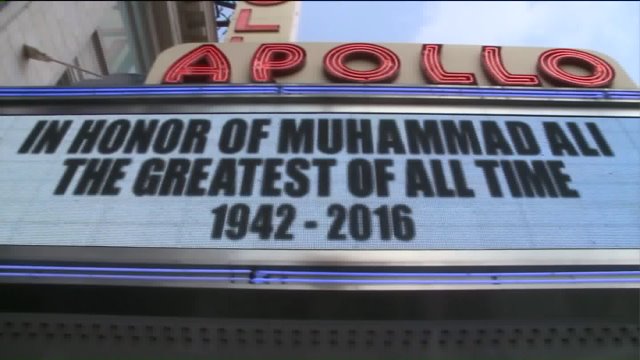 His fans say he was a strong person who gave so many people hope about following their dreams.

The marquee outside the Apollo Theater in Harlem lit up to salute "The Greatest" on Saturday.

Fans say the legacy of the former heavyweight champion will live on for centuries.

Even his former opponents in the ring say Ali was classy and respectful as a boxer, even though he talked trash about the matches.

"Just to say I had a chance to see Ali fight was a once in a lifetime experience," says sports writer Wally Matthew.

His funeral will be held Friday in his hometown of Louisville, Kentucky.