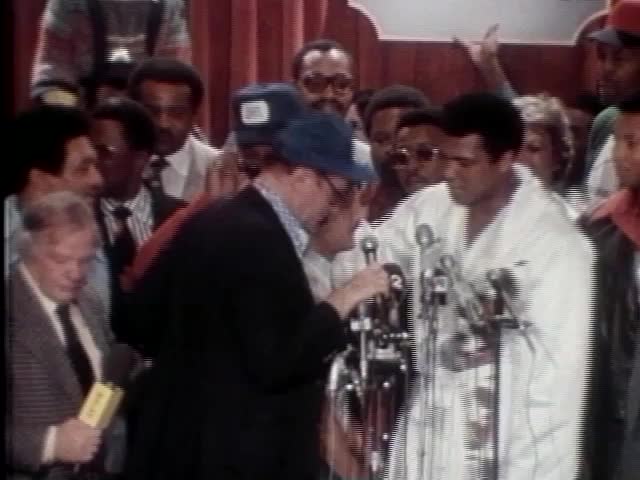 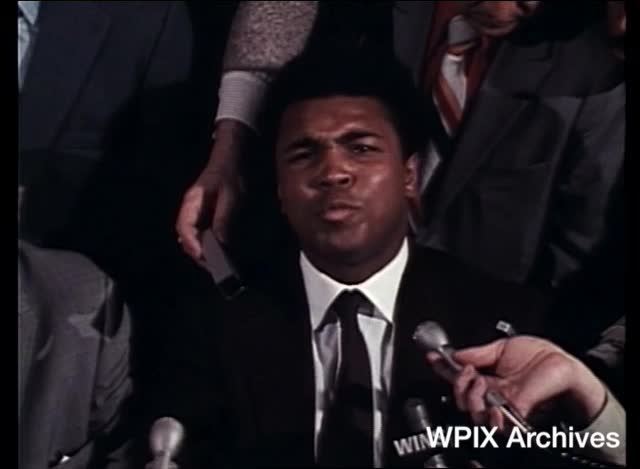 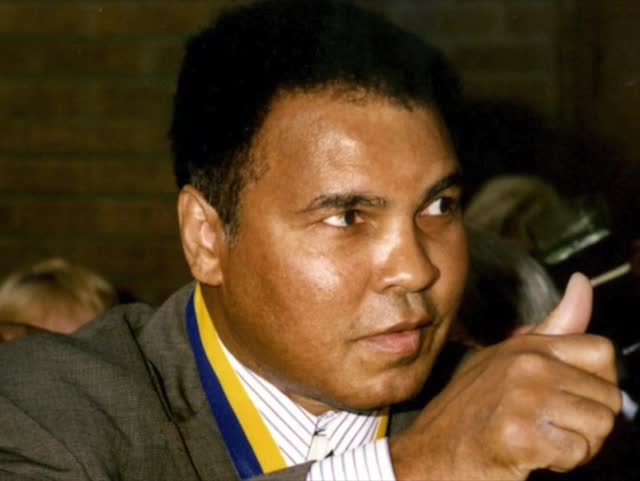 Muhammad Ali, the boxing legend and Olympic gold medalist who claimed the mantle of “the greatest” as he led one of the most iconic lives of the 20th century, died on Friday, according to a statement released by his family. He was 74.

Ali died Friday at 9:10 p.m., spending the last hour of his life surrounded by his family. A family spokesman said Ali died of septic shock "due to unspecified natural causes."

"After a 32-year battle with Parkinson's disease, Muhammad Ali has passed away at the age of 74. The three-time World Heavyweight Champion boxer died this evening,"spokesman Bob Gunnell said in a statement. "The Ali family would like to thank everyone for their thoughts, prayers, and support and asks for privacy at this time."

Ali was initially hospitalized in the Phoenix area on Monday. His funeral is scheduled for Friday afternoon at the KFC Yum! Center in Louisville, Kentucky.

Laila Ali "truly appreciates the outpouring of love for her family, as she spends quality time with her dad," a statement issued by her business manager said.

"It's a sad day for life, man. I loved Muhammad Ali, he was my friend. Ali will never die," Don King, who promoted some of Ali's biggest fights, told The Associated Press early Saturday. "Like Martin Luther King his spirit will live on, he stood for the world."

Hours before her famed father passed away, Laila Ali posted a throwback photo of Muhammad Ali with her daughter, Sydney, who was born in 2011.

"I love this photo of my father and my daughter Sydney when she was a baby! Thanks for all the love and well wishes. I feel your love and appreciate it!!" Laila Ali, herself a former world champion boxer, wrote.

George Foreman, who Ali defeated in 1974 for the world heavyweight title, wrote on Twitter that "A part of me slipped away, "The greatest piece."

Fame promoter Bob Arum wrote on Twitter: "A true great has left us. @MuhammadAli transformed this country and impacted the world with his spirit."

"Muhammad Ali shook up the world.  And the world is better for it.  We are all better for it.  Michelle and I send our deepest condolences to his family, and we pray that the greatest fighter of them all finally rests in peace," the Obamas said in a statement.

"The President expressed to Lonnie how fortunate he and the First Lady felt to have met Muhammad, and noted that the outpouring of love since his death is a true testament to his remarkable life," said Friedman. "He recounted how special it was to have witnessed 'The Champ' change the arc of history."

Ali may well have been the greatest heavyweight boxer ever. With a unique blend of speed, agility and showmanship, he won the undisputed world title three times.

When asked to describe his style, Ali told reporters he could “float like a butterfly, sting like a bee.”

Ali’s battle with Parkinson’s was well-chronicled, and at times poignantly public, perhaps never more so than during his lighting of the Olympic flame in Atlanta in 1996, where his determination to overcome physical adversity earned him a new generation of awed fans.

His self-promotion, trash talking and show-biz flare changed sports culture and propelled him to become one of the best-known celebrities in the world. His charisma and humanity helped him become one of the most beloved.

Ali took up boxing at the age of 12 in his hometown of Louisville, Kentucky. Back then he was still Cassius Clay Jr.

He went on to win a gold medal in the 1960 Olympics as a light-heavyweight. When he turned pro, he won his first 19 fights, then stepped into the ring with Sonny Liston, an intimidating hulk who had beaten down almost everyone he faced.

“Sonny Liston is too ugly to be champ. The world champ should be pretty like me,” he said in one of his most famous turns of phrase.

In 1964, with that fight, Clay became the heavyweight champ of the world.

He was just 22 and got caught up in the political upheavals sweeping America in the 1960s.

Inspired by Malcolm X, he became a Muslim and changed his name to Muhammad Ali.  As the nation was engulfed in the fight for civil rights he became a symbol of black pride and black power.

“Cassius Clay is a slave name. I didn't choose it and I don't want it. I am Muhammad Ali, a free name - it means beloved of God, and I insist people use it when people speak to me and of me,” he said.

Ali joined the Nation of Islam, a polarizing group.  One boxing sanctioning body stripped Ali of his world title.

A few months later, Ali beat Liston again, finishing him with what became known as “the phantom punch.”

“Did you see the punch? Did you see it?” intoned the fight’s announcer.

Ali stood over Liston demanding he get up. It became an iconic boxing moment.

In 1967, Ali refused induction into the military because of his opposition to the Vietnam War, again polarizing America.

Ali was stripped of his boxing titles, states took away his boxing license and he was convicted of draft evasion.  It should have been his prime; instead, Ali didn’t fight for almost four years during what were prime years of his career.

His case ultimately went to the Supreme Court.  It reversed his conviction in June 1971 and in that tumultuous time Ali became a symbol to stand up for your beliefs.

When he did get back in the ring, Ali picked up where he left off: taking care of business.

It led to the so-called “fight of the century” — Ali against another undefeated fighter, Joe Frazier.

On March 8, 1971 they met in Madison Square Garden. Frazier knocked down Ali in the last round and won.

In 1974, he faced another merciless puncher, undefeated world champion George Foreman.  Their fight in Zaire was the biggest event in the world.

Ali, now the underdog, pulled out a new tactic.  He let Foreman punch away while he used the ropes and his arms to avoid the full force.  Ali called it “the rope-a-dope,” and it worked. Ali came off the ropes to stop an exhausted Foreman in the eighth round.

Ali left the Nation of Islam and became a mainstream Muslim in 1975, the year of the “Thrilla in Manila,” his final bout with Frazier.

He was by then the biggest star in the world, eclipsing even Hollywood’s biggest names like Dustin Hoffman.

Ali fought for another seven years, losing his title to an inexperienced newcomer, Leon Spinks, in 1978 -- winning it back a few months later.  He retired in 1981.

“Are you glad it’s over,” Cosell asked him at the time. “Yes, sir,” Ali replied.

In 1984, Ali was diagnosed with Parkinson’s disease at the age of 42.  The illness made him seem detached and “out of it.” but behind the sometimes glassy-eyed expression was a still very sharp mind.

Ali gradually faded from the public stage, and his health declined in the past few years, with earlier hospitalizations in January 2015 for a urinary tract infection and in December 2014 for treatment of pneumonia

Although former foes like Frazier still felt the sting of Ali’s words decades late, Ali’s warmth and charity won over the world.

He lit the torch at the 1996 Olympics in Atlanta, “still exuding nobility and stature… respect,” anchor Bob Costas observed.

Ali had nine children, including Laila, herself an undefeated fighter and now a TV personality.

He was married four times, the last 29 to his widow, Lonnie.

Muhammad Ali also leaves behind a world he helped change, and countless fans and admirers who agree with what he said years ago:

“I am the greatest.”