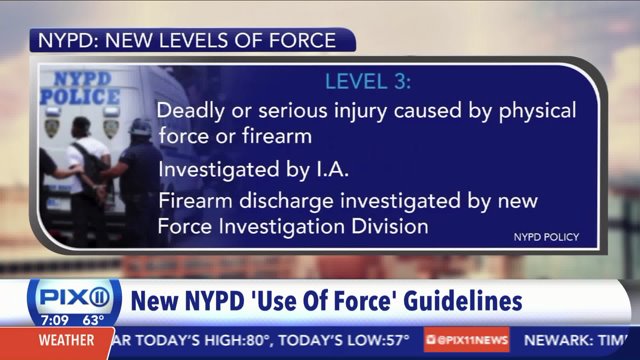 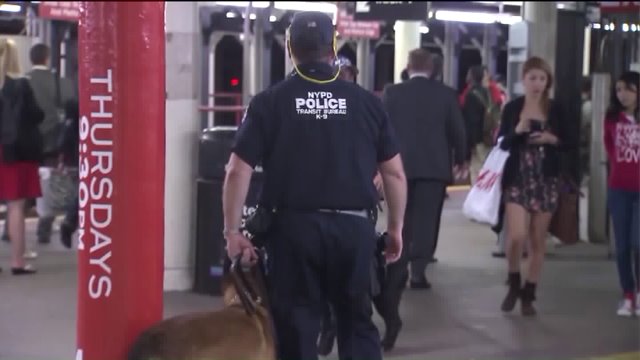 NEW YORK — The NYPD is rolling out new rules on how officers will use force while on the job.

The nation's largest police department will now have to document any incident of force used by and against an officer.

The overhaul comes in the wake of high-profile, videotaped incidents of NYPD officers accused of using excessive force.

The 2014 death of Staten Island man Eric Garner made national headlines after video surfaced of a police officer placing him in a chokehold.

The new guidelines also specifically prohibit force, or chokeholds, to prevent a subject from swallowing illegal drugs during an arrest. This particularly affects narcotics officers.

Prior use of force guidelines and reporting standards were inconsistent and scattered throughout the NYPD patrol guide.

The changes better define force and lay out what constitutes force.

"This is really the most substantial change in policy," said NYPD Chief of Staff Kevin Ward.

Police brass stress there is no change in when police officers can and cannot use force. But the new guidelines will better classify levels of force:

The level of force will determine who investigates.

Immediate Supervisor will conduct an inquiry into:
- Level 1 force
- Police action resulting in physical injury to any person
- Allegations of excessive level 1 force with no injury

The newly created "Force Investigations Division" will look into firearm discharges and cases of serious injury or death of an individual during an arrest.

But the Patrolmen's Benevolent Association President Patrick Lynch is critical of the new policies.

In a statement to PIX11, Lynch says "We have many issues with these new procedures. But there is no doubt in our minds that this will put both the public and our police officers at greater risk."

The head of the New York Civil Liberties Union says it's a step in the right direction to building trust between the police and the community.

"We've been asking for years for the NYPD to put in place an excessive force policy," said Donna Lieberman, Executive director of NYCLU.

Lieberman adds, "We hope this is a start a good start and will result in more transparency, more accountability, more training and less unnecessary force."

There will also be added accountability. Cops who witness a fellow officer using excessive force but don''t report it will be disciplined.

Officers are also being asked to put an added focus on de-escalating any situation.

Ward stresses the NYPD is mostly a restrained department.

He acknowledges there are some cases of excessive force but "they are the exception and not the rule."

He notes the NYPD had 67 total firearm discharges in 2015.

That's the lowest in NYPD history and lower than many other big cities like Chicago, Philadelphia and Houston.

Wednesday's announcement is the implementation of policies first proposed last October. The new policies went into effect at midnight.