Cloudy Memorial Day doesn’t keep NYers away from the beach 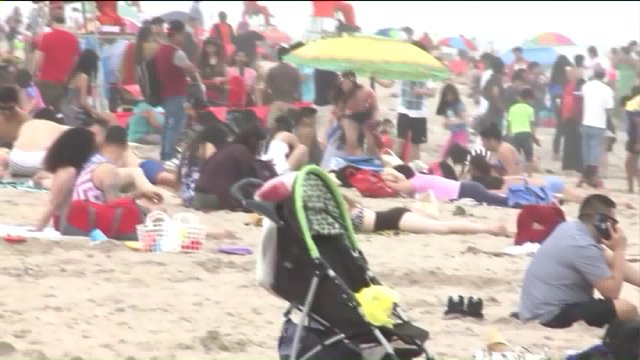 "I go in the water, I’m dancing outside everything happy," she said.

She's spent the past few decades at taking in the sun and the sand at the Bronx Riviera.

"I love Orchard Beach," she said.

Adorno is one of the regulars at the Bronx’s only beach.

"It’s a beautiful beach," said Isaac Santana, who flocked to the beach despite the cloudy weather.

He says he says he brings his family here to take in the sights like City Island where beachgoers often eat aftera day of fun at the beach.

"There’s no other beach better than Orchard Beach," Santana said.

Hundreds packed the beach and boardwalk in Coney Island, where there were screams from the rollercoasters at Luna Park and from playful teens in the water.