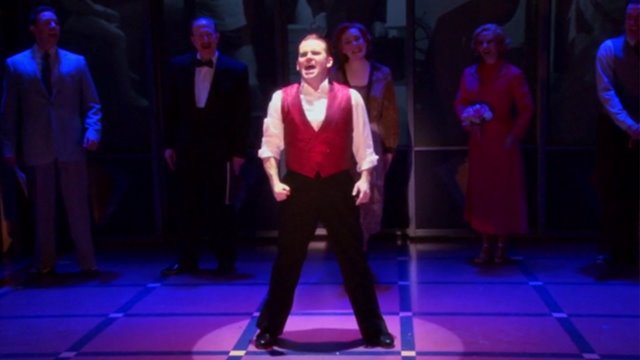 NEW YORK —  He was known as a tough guy in tap shoes.

James Cagney, a native New Yorker who became one of the biggest stars in Hollywood, is now an the subject of an Off-Broadway musical "Cagney" about his legendary life.

Actor Robert Creighton is on top of the world in a role he was born to play.

James Cagney started out as a Vaudeville song and dance man from the Lower East Side who then became the original tough guy in the movies.

The musical, which Creighton co-wrote the songs for is the culmination of a 20-year passion for all things Cagney, which started when an acting teacher mentioned Creighton and Cagney looked alike.

"I sort of knew him from Yankee Doodle Dandy," Robert Creighton told PIX11. "But as I learned more about his life, I just became mesmerized. I felt this weird connection. He was a 'guy guy', very athletic, who loved to sing and dance. And I am, too," Creighton added.

So after all these decades, why is Jimmy Cagney, who died in 1986 at age 86, still relevant?

"His life and the way he stood up for the little guy, he was a humanitarian," Creighton said. "All that seems very relevant right now."

"Cagney" is playing eight shows a week in an open run at the Westside Theatre Upstairs on West 43rd Street in Manhattan.