‘My heart is heavy’: T.I. speaks out after deadly shooting at Irving Plaza concert 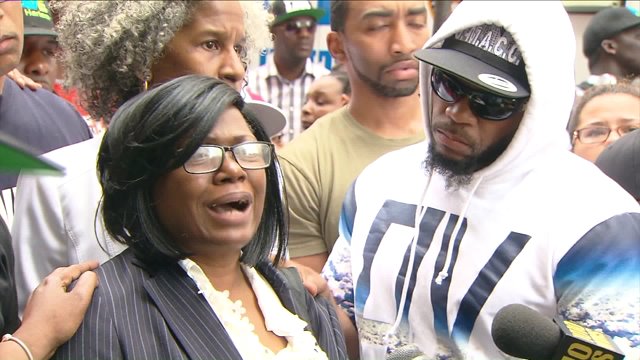 MANHATTAN — As police continue to investigate a shooting at a T.I. concert that turned deadly and led to one rapper’s arrest, the show’s headliner has spoken out.

The statement was made a day after Roland Collins, known as Troy Ave, is accused of opening fire at Irving Plaza.

The shooting, which was all caught on surveillance footage released by the NYPD, occurred after argument and fistfight outside a room reserved for rappers, CNN reports.

Ronald McPhatter, 33, was part of Collins’ entourage and providing security at the event when he was fatally shot, AP reports.

The Brooklyn resident is also known as B$B Banga — B$B being the name of Collins’ record label.

Christopher Vinson, 34, was also shot in the chest at the venue’s ground level, and Maggie Heckstall, a 26-year-old bystander, was shot in the leg, AP reports.

Collins also accidentally shot himself in the leg, police said.

He was arrested Thursday and expected to be charged with attempted murder and two counts of criminal possession of a weapon.

AP reports nearly 1,000 people were at the venue when Collins’ allegedly entered with a gun drawn and opened fire in front of several people casually standing next to what appeared to be a bar.

Ronald McPhatter, known as B$B Banga, is seen in a photo provided by family.

How the gunman was able to enter a venue with metal detectors was still being investigated, police said.

Irving Plaza representatives have not said if the metal detectors were used Wednesday night, and several guests told PIX11 they were not checked upon entering the venue.

“The safety of our guests is of the utmost importance,” Irving Plaza posted on Facebook early Thursday morning.

Hip-hop artists Maino and Uncle Murda were performing at the time of the shooting. T.I. had not come out on stage yet, concert goers said. He was expected to also perform at 1 OAK later Wednesday evening, but the NYPD shut down the club.