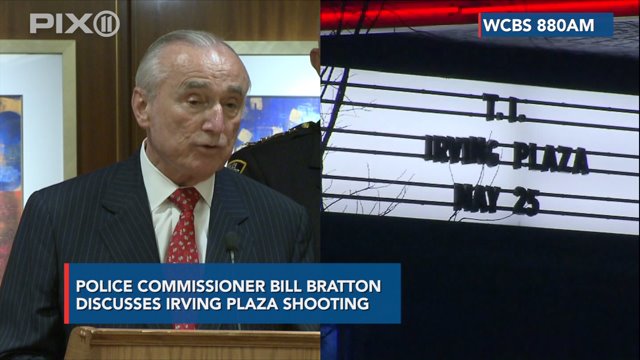 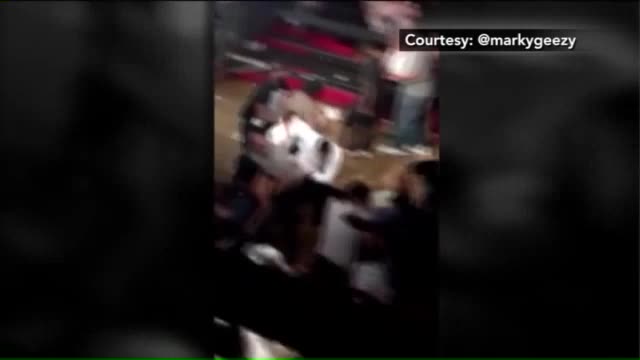 UNION SQUARE, Manhattan — As police on Thursday continue to investigate a shooting at a T.I. concert at Irving Plaza that left one person dead and three others injured, police Commissioner Bill Bratton said during a radio interview that “so-called” rap artists are “basically thugs.”

The shooting began Wednesday night in the venue’s VIP area on the third floor before headliner T.I. was set to perform.

It left Ronald McPhatter, 33, dead, and three others hospitalized — a 34-year-old man who was shot in the chest, a 26-year-old woman shot in the leg, and a 30-year-old man, identified as rapper Troy Ave, who walked himself to a local hospital with a gunshot wound to the leg.

McPhatter, also known as B$B Banga, of Brooklyn, was indicted in November after allegedly opening fire, along with another man, in midtown’s Nomad area.

The incident lead to a stray bullet striking a 21-year-old woman.

B$B is also the name of Ave’s record label, and images on social media show the two men together.

The investigation into the shooting is expected to wrap-up “pretty quickly,” Bratton told WCBS 880 on Thursday.

The commissioner then proceeded to condemn the hip-hop community.

“The crazy world of the so-called rap artist, who are basically thugs that are basically celebrating the violence they lived all their lives. Unfortunately that violence often manifests itself during a performance, and that’s exactly what happened last evening,” Bratton said. “The music unfortunately often times celebrates violence, celebrates degradation of women, celebrates the drug culture.”

He then said the artists’ past lives “oftentimes follow them into the entertainment world.”

“It’s unfortunate — you’d like think with all the wealth and fame that they’d turn their lives around, but they continue hanging out with the same people they hung out with when they come out of that life of desperation, poverty and crime.”

Images posted to social media show Ronald McPhatter, left, and Troy Ave, right. McPhatter was killed and Ave was injured during a shooting at a T.I. concert at Irving Plaza on May 25, 2016.

The comments were quickly met by backlash from multiple publications and social media users who view the word "thug" as having racist connotations.

"By definition, 'thug' is supposed to refer to someone who is violent or a criminal, but over time, the word has come to stand in for specifically black people. In particular, thug is a one-word way to invoke the racist concept that all black men are violent criminals," the non-partisan, progressive website ThinkProgress wrote.

No arrests have been made in connection to the shooting, and it remains unclear if anyone in T.I.’s entourage was involved.

When WCBS 880’s host stated that the “start of” the incident was in the green room — the waiting area for performers before a show — Bratton did not correct her.

He was sentenced to one year and one day in prison, as well as 1,000 hours of community service.

In 2010, he returned to prison for violating probation.