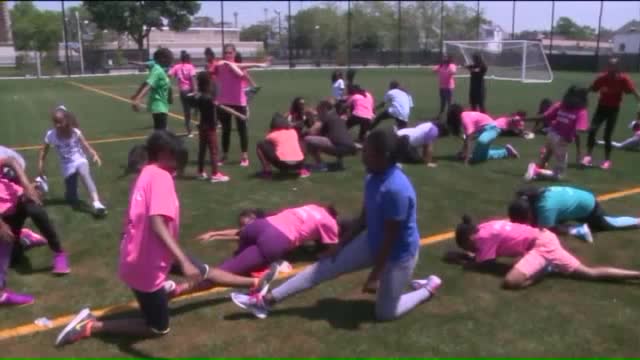 NEWARK, N.J. – A track team in New Jersey comprised of 80 girls who are learning and harnessing their power through running is set to race in Central Park in a few weeks and they’re asking for help reaching their goals.

The young athletes, ages 10 to 14, train three times a week after school. Teacher Amanda Geiger founded the team when she saw there was a need.

And each one of those girls has a story.

Take Sintia Sanders, for example. The fifth grader battles body image issues and didn’t think she could run – until she joined the team. Now, she can run a strong 2 miles.

Another team member, an eighth grader, has her sights set on John Hopkins and becoming a doctor.

The club is about more than just running. Their motto is about grit, courage and kindness, all key ingredients to becoming strong women.

On their way, they’re set to run in Central Park. To donate to the team, click here.