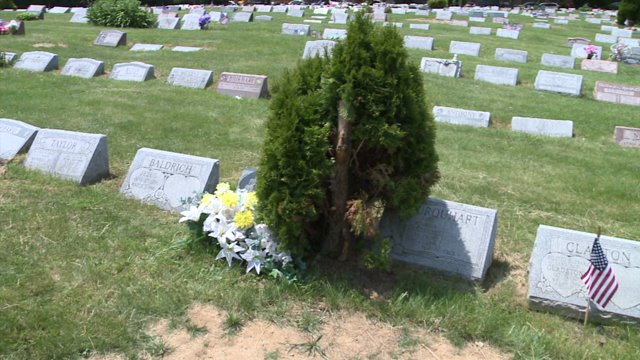 WOODLAWN, The Bronx — Carolyn Paul's son was murdered years ago, now she says the memorial to her slain son at the Woodlawn Cemetery in the Bronx is being tampered with.

Paul lost her son to senseless gun violence in 1991.

The 20-year-old was a star athlete and her only son.

She visits his grave site at Woodlawn Cemetery every month for some peace. That peace is now shattered after a tree planted in his memory was chopped down.

"It hurts to visit and know that my son was so loved and for someone to do this to his grave site, it's disgraceful," says Paul.

The executive director of Woodlawn Cemetery tells PIX11 News says they are meeting with the family and tree experts and will work toward a positive resolution.

Management says they have to take into account how the tree effects other graves.