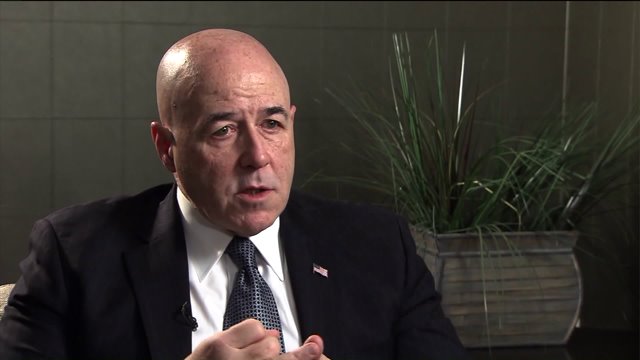 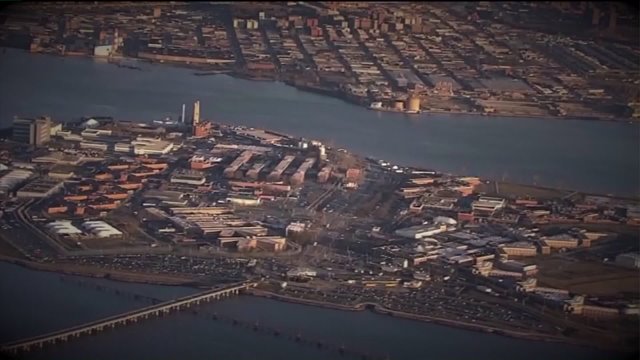 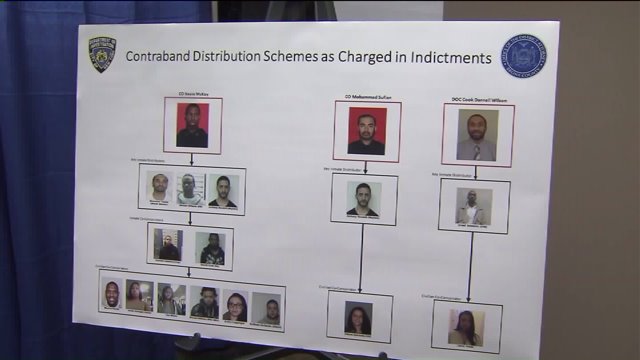 The accused allegedly brought scalpels, narcotics and other contraband into the jail, notorious for violence within its walls and described by some as "the worst place on Earth," in exchange for thousands of dollars in bribes.

Two correction officers and a cook at Rikers have been suspended pending the investigation, the source said.

This takedown has links back to at least November 2015 when Correction Officer Kevin McKoy was found allegedly carrying 16 packages of marijuana into Rikers, according to a PIX11 News source.

The alleged chain-of-command in a suspected contraband smuggling scheme at Rikers Island. Seventeen people were arrested in the bust, including a prison cook and two correction officers, officials said May 19, 2016. (Photo: Bronx District Attorney's Office/NYC Department of Investigation)

That arrest led to the uncovering of a larger network of smugglers, some of them correction officers, bringing drugs, weapons and other contraband behind bars. Inmates and civilians were also arrested, sources said.

The defendants have been identified as:

Department of Correction Commissioner Joseph Ponte said his agency has been taking "aggressive steps to stem the flow" of contraband into the city's jails and prisons.

"We have zero tolerance for any illegal behavior in our jails, and we are confident that our ongoing reforms are yielding more capable officers and safer jails," Ponte said in a statement.

Among those reforms are X-ray machines, expanded K-9 teams, and an overhaul of the department's recruitment and vetting process.

He said starting Thursday a dedicated team will monitor inmates' phone calls, broader K-9 searches will be conducted and they'll expand phone-monitoring intel sharing with the Department of Investigation.

Violence and allegations of corruption among staff have sparked calls for Rikers' total shutdown, including from City Council Speaker Melissa Mark-Viverito.

She proposed earlier this year reducing the jail population with the goal of closing the facility altogether. About 10,000 inmates are housed there today, its lowest population since Rikers was established in 1932.