Probable cause of fatal Amtrak derailment was speed, distraction: AP 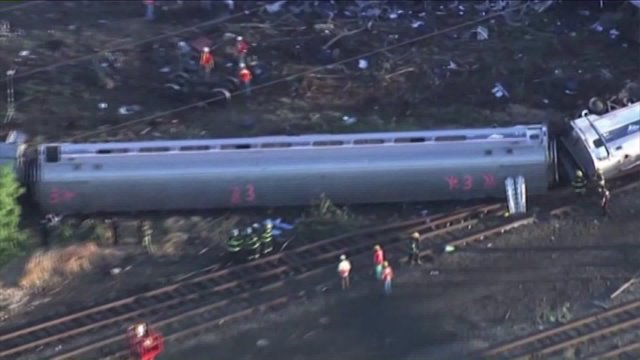 WASHINGTON — Federal regulators say the probable cause of a fatal Amtrak derailment was an engineer speeding into a turn because he was distracted by radio transmissions. A contributing cause was the lack of a speed control system.

The National Transportation Safety Board voted Tuesday to accept 13 findings they said led to the derailment in Philadelphia last year that killed eight people.

Investigators say engineer Brandon Bostian's attention was diverted by a disabled commuter train nearby that had been hit by a rock.

They believe Bostian might have been disoriented and sped up on a dangerous curve before reaching the straight portion of track on May 12, 2015.