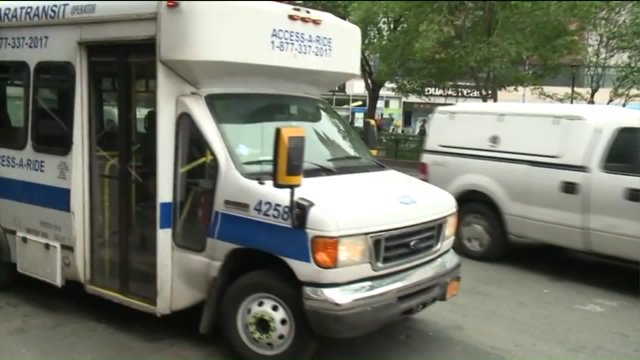 NEW YORK – New York’s Access-a-Ride Program, relied upon by the city’s disabled and neediest residents, is failing many of its users, according to an audit released by Comptroller Scott Stringer.

Stringer’s officer has accused the MTA, responsible for more than 6 million para-transit rides every year, of doing nothing to improve the situation.

Paula Wolff relies on Access-a-Ride every day to go to her job in Manhattan, but sometimes the van is late. Sometimes it doesn’t show up at all. When that happens, Wolff said she receives a letter apologizing for the “inconvenience.”

And according to a new audit, Wolff’s experience is not unique.

Stringer’s office found in 2015 alone more than 31,000 Access-a-Ride vehicles never showed up, stranding disabled and senior riders who cannot take the subway or buses as an alternative.

A major problem, according to Stringer, is that Access-a-Ride service providers contracted by the MTA are using self-reported data. Stringer alleges many times the drivers are lying, blaming customers for the no-show. And still the company gets paid by the MTA.

“The MTA did practically nothing to hold these companies accountable,” Stringer said.

The MTA requires drivers to use GPS devices but Stringer said the agency routinely failed to make sure the devices were used.

Rider Milagros Franco said the way she has been treated is disgusting.

“I stopped using it to (get to) work because they show up late or take me on a five-borough tour and he was like, ‘You are still going to work,’” Franco said.

In response to the audit, the MTA said Access-a-Ride services more than 144,000 New Yorkers and “every ride is important to us. Even though we carry 6.3 million per year, one missed ride is one too many, which is why we are constantly striving to improve the service, management and cost controls of this important program."

An MTA spokesperson noted the paratransit unit is working to expand automatic vehicle location monitoring system so if a driver doesn’t get a pick-up, they can’t go to work and will ultimately lose their job.

The MTA said its goal is to have all its contractors use GPS for reporting ride data by December 2016.