Jimmy’s Corner: More than one of the last great dive bars in Times Square 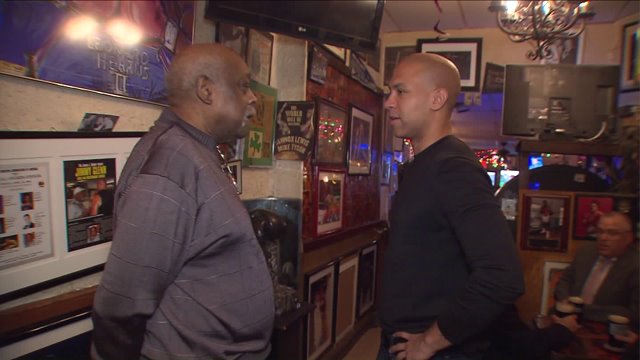 NEW YORK CITY –  Jimmy Glenn's philosophy toward the customers that step into his bar is simple.

"I serve poor, rich, middle-income, everybody comes in here. They don't even think about this is a dive bar, whatever, they just come to have a cheap drink," he tells PIX11.

Unlike nearly every other watering hole in Times Square that is built for profit these days, Jimmy's Corner on West 44th is priceless because it was built on character.

There are very few left that are standing like Jimmy's Corner. How many bars can say they have welcomed Sammy Davis Jr., Robert Deniro, Michael Jordan and Frank Sinatra?

In 44 years of business, Jimmy's Corner has seen them and so many more inside their humble surroundings.

Some have described it as, "The most iconic boxing bar in America."

In one corner there is Liston on his back in 65. In the other, the only thing that could have saved him from the count - a ring bell. However, Jimmy has quite a different perspective on his haunt. He has never been about making a quick buck.

This former amateur welterweight has always been invested in something much richer -- a personal connection to those that surround him on his walls.

However, when you watch the story, you will realize there is much more to Glenn and his bar.

He is not the only one who views it as bar, for there are others who share his simple yet affectionate description of one of the city's top rated dive bar.