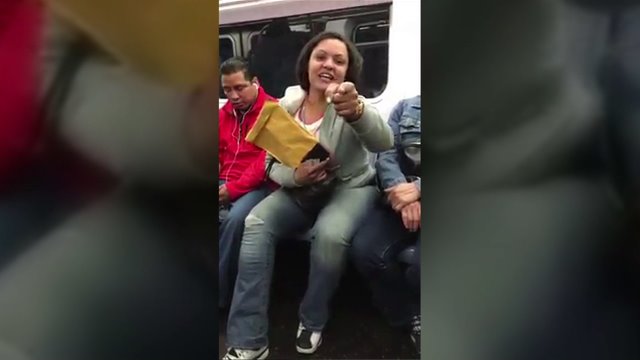 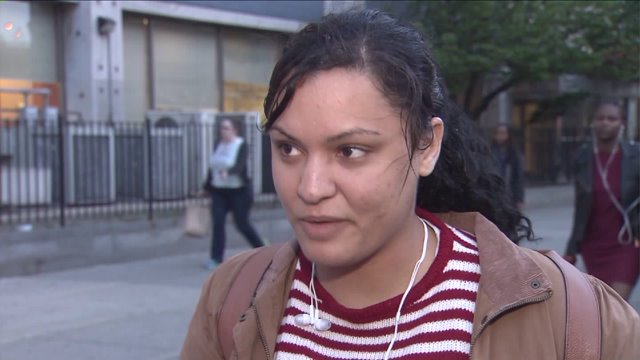 THE BRONX — A subway rider caught on camera berating a transgender woman said she's not ready to apologize as she spoke about the violent encounter that has since gone viral, in an exclusive interview with PIX11 News Monday.

"Don't judge me unless you know me," Sarah Eldridge said.

She and Pearl Love, who never met before this, crossed paths April 28 on a Manhattan-bound No. 4 train. Eldridge admittedly used homophobic, transphobic and racist slurs against Love, who recorded the interaction and posted the video on Facebook.

Love said she shared the footage publicly to educate others about the daily harassment and violence the trans community faces.

After she took a seat on the train, Love said, she "saw the woman in front of me and she keeps talking about me."

"She gets even louder and even aggressive and I did not say anything," Love said. "I don’t even know who she is, she doesn’t know who I am and [finally] then she stood up, got so mad and hit me."

Eldridge said the encounter escalated because Love refused to stop recording her when she asked.

"When I stepped on the train, I sat down and I had an attitude because I was robbed earlier that week in the Bronx," Eldridge said.

She admitted she was wrong for becoming loud and aggressive but said she stands by her behavior.

"I meant what I said. That person offended me in a way," Eldridge said of Love. "That person was, to me, explicit. To me, too much. To me, I couldn't stand it. To me, this is not fair to me."

Video of the vicious encounter has been viewed hundreds of thousands of times.

"Pearl, I'm so sorry that you experienced this. The all-too-high prevalence of violence and hatred faced by the transgender community—today, in 2016!—is a rebuke to all of us," Clinton wrote in a comment on the original post. "Every single person deserves to be safe and live free from discrimination and cruelty, period. And transgender people need to hear from every one of us that you are loved, respected, and deserving of equality under the law. Know that you have my support, and I'm on your side."

Eldridge said all the exposure has made her feel like a victim.

"I've received death threats on Facebook, by several people, saying that they want to find me," she said. "They want to kill me and I have deactivated my Facebook at this point. I've called police."

When asked if she would apologize should she cross paths with Love again, Eldridge was unsure.

Eldridge said she has reached out to a mental health professional and is seeking therapy.