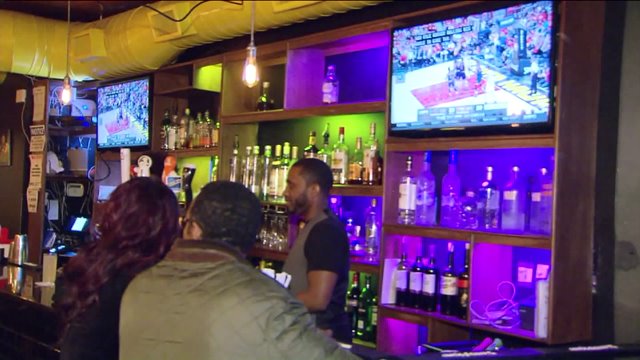 NEW YORK – If a pregnant woman asks a bartender for a drink, that drink slinger must oblige, according to new guidelines released by the city Friday.

Those guidelines are intended to protect pregnant women from discrimination, whether at a bar, a store or the office.

Acts deemed discriminatory against pregnant women include an employer refusing to hire a pregnant person because they’re about to have a baby, and restaurant policy that refuses to serve pregnant individuals raw fish or alcohol.

“I personally would feel a little squeamish about giving someone who is pregnant a drink,” said Alvin Wrap, owner of Wray’s Caribbean and Seafood Cuisine in Fort Greene, Brooklyn.

Many nights he’s behind the bar mixing and serving cocktails, right next to a warning about alcohol, pregnancy and birth defects.

“When I was having my kids I made sure that my wife didn’t have any drinks because of the fact that I didn’t want her to harm the child and I hope that women who came in here and asked for drinks would use their better judgement,” Wray said.

Among Wray’s customers opinions were mixed on the rights of pregnant people to drink alcohol at the bar.

“I say if she wants to drink let her, she´s an adult,” one patron said. “She knows what she should and shouldn’t do and the bartender should tell a person what they can and cannot do.”

Barbara Wright said she worries a bartender may feel liable should anything happen to a woman or her unborn baby because she drank alcohol and the bartender should “have the right to say no.”

Wray said he intends to abide by the law but he’ll also throw in something extra with a pregnant drinker’s order: advice.

“Delay drinking until after childbirth,” he said.