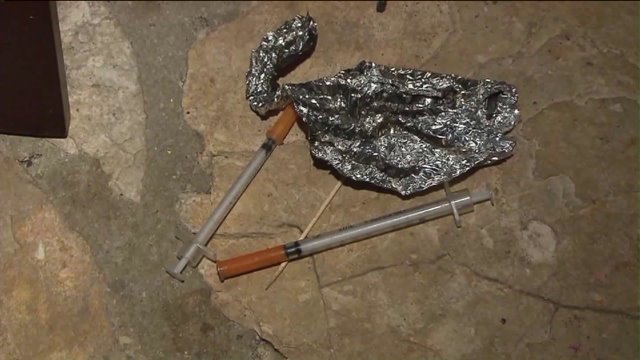 NEW YORK -- Just hours before we sat down with Ithaca, New York Mayor, Svante Myric, someone died from a heroin overdose just steps from an addiction recovery facility in town.

As PIX11 has been reporting, the heroin epidemic is growing.

In 2014, the CDC reported that over 11,000 people died nationwide of heroin overdoses

It's the reason PIX11 traveled 250 miles north to Ithaca.

"It seems you can just arrest everyone, put them in jail and say you are going to get clean now," says 29-year old Mayor Svante Myric. "But, we've tried that for forty years and usage rate is higher than it has ever been."

So, the mayor has proposed a new idea which has never been done before in the United States.

Myrick wants to open something called a SIF, a safe injection site which would allow a heroin user to inject heroin within the confines of the facility, in the presence of a doctor or nurse.

More importantly, it would be legal to do so.

The goal would be to save lives and prevent overdoses.

Here is the catch: the heroin user would still need to buy heroin on their own and physically bring it to the facility."

"We won't provide heroin, so it's the same some people are buying on the street, in some cases dying," says Myrick.

Myrick thinks this could work based of a successful SIF that opened back in 2003 in Vancouver, Canada.

In 13 years, there have been 500 overdoses, but zero deaths.

"The best research says that people that use the facilities are 30 percent more likely to enter treatment," says Myrick.

The facility proposed would offer detox services, counseling and other resources to help the user actually get off heroin. However, they need to want to participate in those services. They are not obligated.

"By bringing people into the light and out of the dark, it increases the chances that they quit using heroin quickly," says Myrick.

There is just one problem. Heroin is still illegal. Canada was able to change their laws, but the United States is no where near passing that kind of legislation.

"Heroin is still an illegal substance, I cannot condone it - supervised or not," says Ithaca Police Chief John Barber.

The mayor believes the laws need to be changed. That is where New York City Assemblywoman Linda Rosenthal comes in. Rosenthal is now working on a bill that would allow a SIF in New York, thus allowing the user to car a single dose to the facility.

As for funding - the Mayor says it would be a mix of private and public insurance plus donations.

Governor Cuomo and the State Department of Health have not publicly commented on the plan yet.