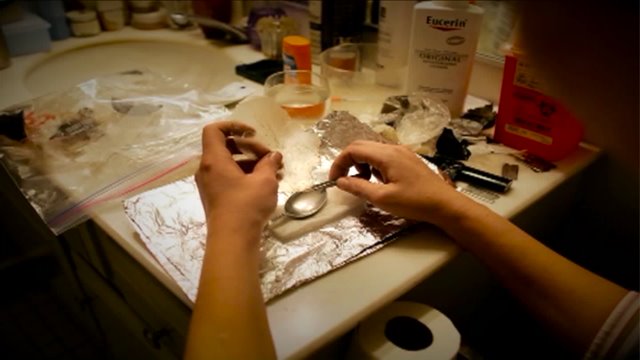 We know it is life consuming, life changing and deadly.

That is the last time that statistics were released, with many experts telling PIX11 that number has unfortunately gone up.

In fact, last month, Suffolk County on Long Island was found to be the leader in heroin related deaths in all of New York.
336 deaths since 2009.

Now, one city in upstate New York is trying to stop themselves from becoming a statistic like Suffolk County.

They have a new plan of their own that is so controversial, PIX11 is on the road to find out more, traveling 250 miles North of New York City to Ithaca, New York.

Ithaca is home to Cornell University, plenty of vineyards and the finger lakes.

As soon as you enter - the beauty is apparent at first glance.

As you continue to drive through, addiction recovery centers are seen on corners, needle exchange sites, and unfortunately plenty of individuals looking for that next fix of some kind of drug, despite the death surrounding them. In fact, within hours of PIX11 arriving in Ithaca, the local police reported a death by overdose.

That brings us back to Herb Bolton.

Bolton almost died of an overdose just a few weeks ago. Luckily, his girlfriend found him and was able to call 911, which administered a life-saving Narcan shot.

We set out to find how someone like Herb got to that point.

It began with prescription pills.

That was a response we heard time and time again.

That began the cycle for Bolton. He has been arrested and put in jail 16 times and watched his best friend pass away of a heroin overdose.

"He was like a brother to me," described Bolton. "We met in rehab."

However, that rehab didn't seem to work for Bolton or his best friend.

Dan: " Why does someone want to use heroin?"

Bolton: "Well, for some reason it's worked for them. Whether that is right or wrong is up to the individual to decide"

Bolton described how heroin helps with anxiety, saying other prescriptions don't have the same effect.

Rusen runs the local addiction recovery center in Ithaca and says the problem is the amount of drugs available on the street.

"As soon as he walks out, he has to go half a block, and he solves his withdrawal problem," says Rusen. " I want to give him another option and right now I don't have one."

Which brings us back to that plan. It's the reason PIX11 is on the road after all.

The new plan proposed by a up and coming Mayor, 29-year-old Svante Myrick.

"It seems you can just arrest everyone. Put them in jail and say you are going to get clean now," says Mayor Myrick. " We've tried that for forty years and usage rates are higher than they have ever been."

So, the Mayor would like to allow heroin users a safe place to use heroin.

You heard that correctly.

"There is no point in holding office if you are going to shrug your shoulders when something bad happens and say, I wish there was another way," says Myrick.