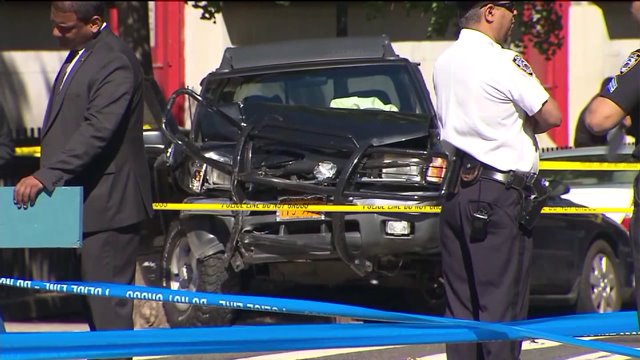 Since the start of Vision Zero in 2014, city owned vehicles have racked up 11,367 summonses.

More than 500 of them were handed out to the city Department of Transportation, which implemented much of Vision Zero, an initiative to stem the spike in pedestrian deaths, according to a PIX11 analysis of citation records.

A range of DOT vehicles have been been snapped by the speed cameras along Queens Boulevard, infamously known as the Boulevard of Death.

“Obviously we can always do better. We’re always working with our employees to remind them to have safe practices behind the wheel,” said Polly Trottenberg, the city's transportation commissioner.

PIX11’s investigation was initiated after a viewer sent us a video of a DOT employee using a laptop behind the wheel of a city owned car.

“Looking at the video it’s a little hard to tell what’s going on," Trottenberg said.

In one instance, a DOT employee was caught avoiding traffic in two lanes by driving in a bus lane—among the 61 vehicles assigned to that agency caught in those lanes.

Over 230 vehicles assigned to DOT were caught speeding near schools and nearly 200 were caught running red lights.

Most of the violations were snapped in intersections targeted for improvement under Vision Zero, where pedestrians were fatally struck and killed.

A spokesman for DOT said employees are required to pay any summonses they receive and can face disciplinary action for traffic infractions.