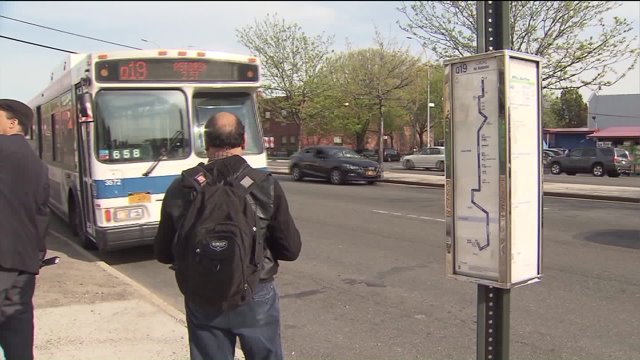 The bus stop for the Q19 and Q49 bus moved randomly down the block. Reports were made to the city.

Councilmember Julissa Ferreras lives in the area and represents the East Elmhurst district. She noticed the sign and that the nearby vacant lot had been cleared.

Neighbors also made 311 calls and the the NYC Department of Buildings issued violations for work being done without a permit, including creating a new curb entrance to the vacant lot.

Vehicles from a store across the street were seen parking there. The grocery chain did not comment on the work.

NYC's Department of Transportation is in charge of bus stop locations and maintenance.

Crews plan to relocate the bus stop back to the original location.