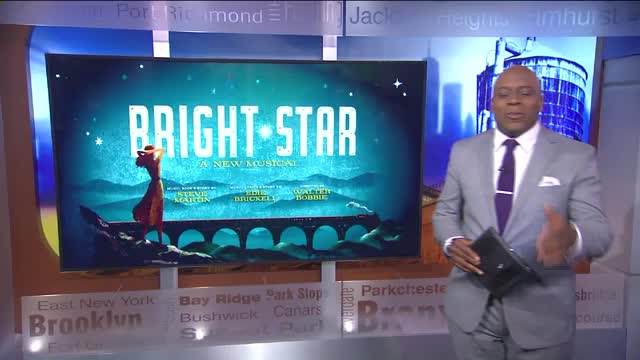 PIX11 chats with Paul Alexander Nolan about the connection he has to his new show 'Bright Star.'

"They sent me the script to see if I was interested in auditioning," Nolan remembered. "It was a little intimidating!"

That's because Nolan was stepping in a room with Steve Martin and Edie Brickell, who created this original new musical.

"I knew that it was special and I knew that I had to do it," he said. "I would be really disappointed if I didn’t."

It is based on a real story and is a tale of discovery and redemption. We see Jimmy Ray grow from a boy to a man over the course of the show.

"I felt like I knew who this kid was and had formed an opinion really quickly," Nolan said.

Growing up on a grain farm in Canada made relating to this North Carolina kid's character second nature.

"One of the only other times I had that experience was with Jesus, in Jesus Christ Superstar," he said. "And the same thing happened with Once."

Paul's favorite things to do offstage include hiking and playing his guitar, which he treated us to before getting ready for his next performance.

Bright Star is currently playing at the Cort Theatre.