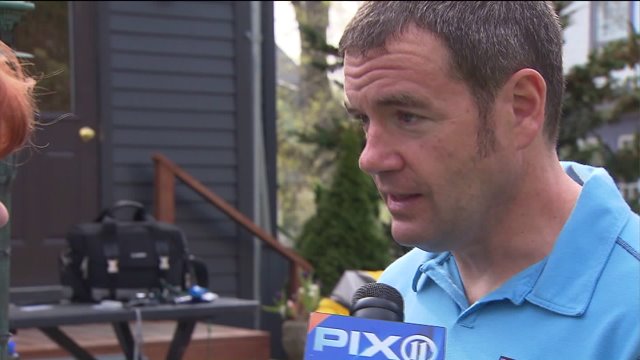 BUCHANAN, N.Y. – If it's Earth Day and you're a clean water advocate, of course, you must risk arrest and your own health to make a point.

Why not swim by a nuclear power plant?

Christopher Swain, 48, donned his yellow, high visibility, puncture resistant dry suit that protects him from cold water but not from nuclear radiation as he swam past the Indian Point Nuclear Power Plant on the Hudson River.

"You can't see radiation, but you know it's there," Swain said. "They have had nine leaks of radiation in the past year, I hope they don't have another one today."

Swain, who has swum the entire length of the country's most polluted waterway., the Gowanus canal in Brooklyn had a courtesy escort today., the Rockland County Sheriff's Department Marine Unit and a kayak safety crew member monitoring the radiation levels.

"My concern is for the workers at the plant and the fisherman fishing nearby," Nicole Butterfield, kayak safety crew member, told PIX11. "The fishermen say they eat the fish, but not too much of it."

What's next for our clean water advocate? The Bronx Kill, the East River and Long Island Sound to see how clean they are, Swain said with a smile.