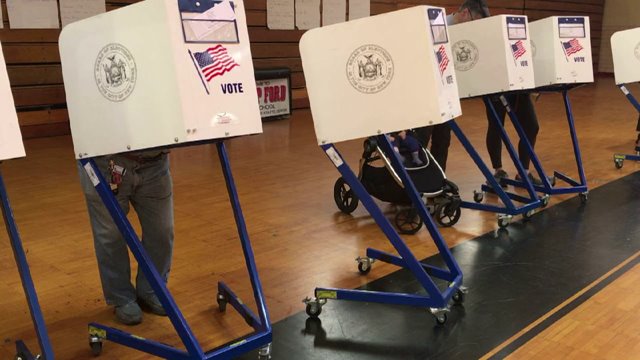 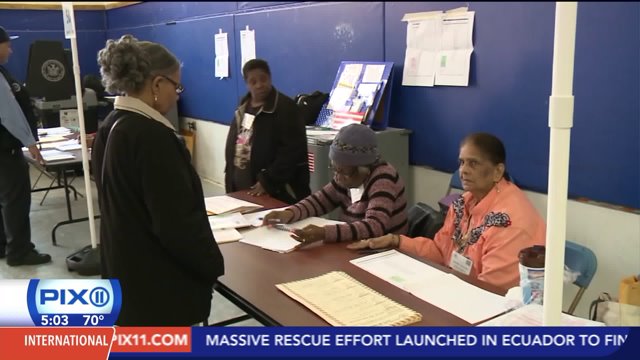 NEW YORK – So many New York voters had problems casting their ballots in Tuesday’s primary election it sparked an investigation, not to mention frustration across the state as New Yorkers were poised to play a crucial role in shaping the presidential nomination process.

“This is by far the largest volume of complaints we have received for an election since Attorney General Schneiderman took office in 2011,” Schneiderman’s office said in a statement Tuesday.

Between 6 a.m. and 3:50 p.m., the attorney general’s voter hotline received 562 calls and 140 emails with complaints from voters across the state, according to the AG’s office. That’s a 368 percent increase in complaints from the 2012 general election.

Brooklyn voters lodged the most complaints in any of the five boroughs. There, tens of thousands of voters were inexplicably purged from registration lists, officials said.

The problems started almost immediately, with voting off to a rough start. Though polls were set to open in the five boroughs at 6 a.m., voters said they wasn’t always the case.

Jennifer Roberts, who cast her ballot in midtown, said poll workers weren’t prepared at the time they promised, leaving her and others waiting until 7:30 a.m. to vote.

“So I went into vote and you have to wait because they didn’t have their act together yet and they couldn’t find the ballots,” Roberts said.

Across the river in Bushwick, a polling place at the Cooper Park Community Center had voters scrambling.

“They moved their site but they didn’t inform us where they moved it to so I tried four different locations and neither one had me registered there,” Lorraine Bell told PIX11 News.

At a polling place at P.S. 73, Board of Elections-issued secure storage cubes were so secure, workers couldn’t open them to get to the ballots and supplies for 90 minutes – until police came and unlocked them. Many voters left without casting their ballot.

In Jamaica, Queens, at a polling site on Linden Boulevard near Inwood Street, voters were told the machines didn’t work and instead to use write-in or affidavit ballots. The problem?

“They only had 10 for Democrats and 140 for Republicans, so do the math,” voter Veronica Troutman said.

Michael Ryan, executive director of the city’s Board of Elections, confirmed there was an issue.

“That particular poll site did not have its full complement of ballots to start the day that problem was remedied, as I understand it, by 10:30 this morning,” Ryan said.

Workers handled all problems as they arose, he said. Still, it deprived many new Yorkers of their right to vote unless they had alternate means.

“We ask the voters to be patient,” Ryan said. “And if there is some time constraint, they should return to the poll site later in the day. We are open til 9 p.m. and we certainly apologize.”

But an apology wasn’t enough for Comptroller Scott Stringer, who said Tuesday afternoon he will investigate the city’s election process, saying "there is nothing more sacred in our nation than the right to vote."

“As a result of today’s reported irregularities, my office will be auditing the management and operations of the Board of elections in order to identify failings and make recommendations to improve performance,” Stringer said.

Voters in Brooklyn reported the most issues out of any of the five boroughs, officials said.

Among the reports in Kings County were allegations that entire buildings and blocks of voters were purged from voting lists, Mayor Bill de Blasio said in a statement.

"I am calling on the Board of Election to reverse that purge and update the lists again using Central, not Brooklyn borough, Board of Election staff," de Blasio said. "We support the Comptroller’s audit and urge its completion well in advance of the June elections so corrective action can be taken. These errors today indicate that additional major reforms will be needed to the Board of Election and in the state law governing it. "