Neighbors and businesses must move for M train project 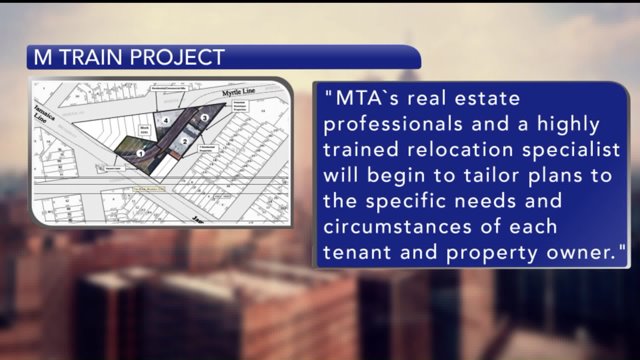 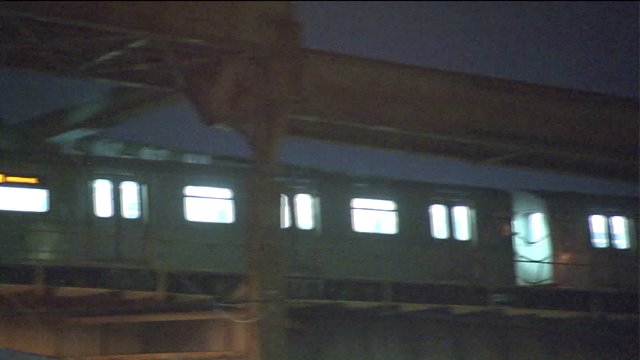 About two dozen neighbors and some businesses will have to move when the M Train project begins in the summer of 2017.

It could be a temporary move to allow for the reconstruction of the line between Myrtle and Central stations.

The MTA says it has made initial contact with the residents. The MTA Board approved the M Train Project at the March 23rd meeting.

Some neighbors have said they had not yet heard from the MTA.

"The next step will be to begin a series of individual meetings in which MTA’s real estate professionals and a highly trained relocation specialist will begin to tailor plans to the specific needs and circumstances of each tenant and property owner," said an MTA Spokesperson.  "We understand the serious inconvenience that each of these individuals are likely to experience in order to allow us to undertake this critical infrastructure project and we will do everything we can to minimize the distress."

Residents and businesses along the Second Avenue Subway Project have faced similar issues. The MTA has compensated or purchased properties as part of the project.

The M train work needs to be done, the agency says, in preparation for increased service when the L train is closed.

“The heavy damage sustained by the Canarsie Tunnel during Superstorm Sandy requires that we undertake a full reconstruction in order to ensure the integrity of the tunnel and the safety of our riders for generations to come,” MTA Chairman Tom Prendergast said in a news release.

The L train work is scheduled to start in early 2019.