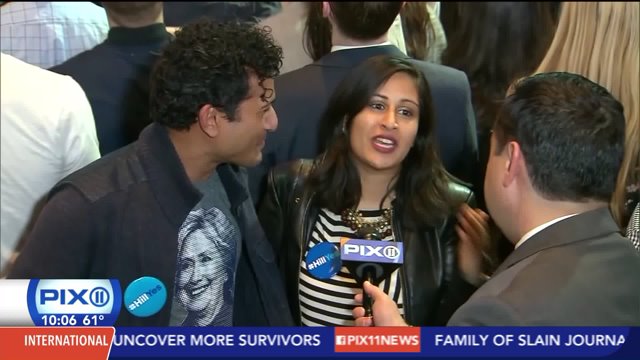 NEW YORK — Hillary Clinton has won the Democratic presidential primary in New York, which she represented in the U.S. Senate for eight years.

"Today you proved once again there is no place like home," Clinton told supporters celebrating at a rally in midtown.

Clinton beat out rival Bernie Sanders in Tuesday's election, further extending her lead in the delegates needed to win the Democratic nomination.

Most Democratic primary voters see Clinton as the best candidate to face Donald Trump if he is the Republican nominee in November, and 7 in 10 see her as the most likely eventual nominee.

Thank you, New York. You put your faith in me 16 years ago and again tonight. I'll never stop fighting for you. -H pic.twitter.com/Tqp8lCYhvq

Thank you to all those who came out tonight in New York! Onward to five more states voting next week.

Most of New York's Democratic delegates are awarded on a proportional basis by the outcome in each congressional district. New York has 247 pledged delegates at stake.

Minutes after declaring victory, Clinton's team asked supporters for a $3 donation "to let Hillary know you've got her back all the way to the White House."

Let's win this nomination. Chip in $3 to let Hillary know you've got her back all the way to the White House: https://t.co/xe2HwRD6EN