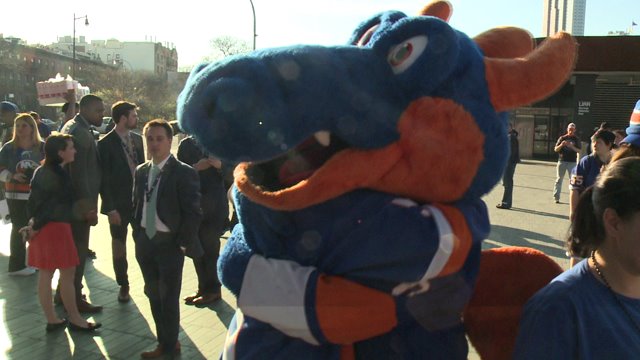 BROOKLYN, N.Y. — The Plaza at Barclays Center got into the tailgating spirit as the Islanders played their first playoff game at the new facility.

Ticketholders coming off the trains were greeted by live bands, team gear and a chance to hang out with some hockey legends.

While the perks were fun, some fans couldn't help but miss the nostalgia of Nassau Coliseum. The coliseum, which had become known as one of the league’s rowdiest arenas in the postseason earning it the Fort Neverlose moniker.

The fans agree that it doesn't matter where they are, their hearts are still the same.